“Innovation: Imagine the future and fill in the gaps!” (Brian Halligan)

As I have told you before, #Innovation is the heartbeat of our business. Every day I take time to study technologies that could help us offer new and better products for our customers and communities. Liquid Telecom Kenya plays a central role in our research into new technologies. Many of our global tech partners like us to test new innovations in Kenya because of the “ease of doing business” there. Kenya is a beautiful country for investors!
Now one day in 2018, the Liquid team in London sent me an interesting paper on a technology you all should know about by now. It’s called the “Internet of Things” (IoT). If you don’t know what I mean by this term, here’s a link to get you started:

“There is a technology by a French company which we think can be used for a lot of interesting innovation,” wrote one executive.
After reading the paper, I told the guys to arrange a meeting with the owner next time I was in Paris. It was a start-up, but I travelled to see him with my most senior leadership team. We spent several hours together discussing what the IoT technology could do.
Then I said: “There are two options here: You can license us the technology for the whole African continent, or we can form a joint venture. What is your preference?”
Deal done, we shook hands, leaving the details to the lawyers and bankers. The first thing that we did then was to build an IoT network in an unlicensed frequency band in Nairobi to monitor “Air quality”. This was the first such network in Africa!
“How do we make money from this?” someone asked. “Put it to our Research and Development budget. We need to understand how this IoT stuff works,” I declared.
One day Ben Roberts who leads our team in Nairobi called me: “Chairman, we want to use IoT to help fish farmers on Lake Victoria”.
He explained the tech for a while, then I said: “Ok, Ben: I get it! You will build an IoT network so that probes can be put in the water that tell fish farmers when to feed fish and how much”. 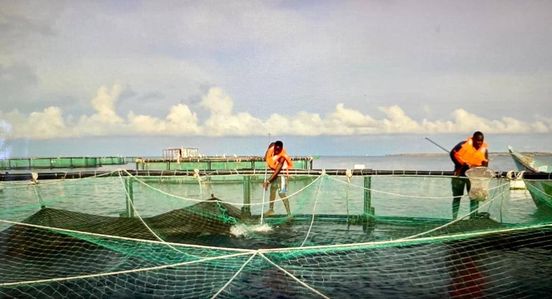 The fish farmers on Lake Victoria, the second largest freshwater lake in the world, build cages and put them in the water. These cages hold the fish, which they then feed. It’s like fattening cattle business, or chickens for those who are “landlubbers” (people who come from landlocked countries)!
Knowing when to feed the fish to ensure their growth is quite a science, and I was quite fascinated by what I was learning. But more important for me, I was getting to appreciate what IoT could do—as a tool in our hands! (I want you to tell me what it might be able to do in your industry!)
“Chairman, you have authorized Ben’s project for the fish farmers, but how are we going to recoup the investment? These guys can’t even pay us?” said a worried executive.
“I have looked at the numbers; it will not bankrupt us, and our learning in IoT will be a good investment,” I replied.
Fast forward: We have now invested in a nationwide IoT network that currently covers 85% of Kenya’s population! We are also using IoT #innovation in other industries in Kenya, helping large companies in many sectors improve production and speed to market. You can check out some of them here:

Now I have taught you some extraordinary lessons in this post, which will make some of you very successful entrepreneurs. What are they?
__In your own business, you must @KnowledgeUp to be on the cutting edge of what’s going on! We did not jump at IoT opportunistically.
We were already tracking it as a 4IR development taking place in our space. We knew we had to get into it, and learn, and what a better way than through giving opportunities to others and the society.
I have taught you that you don’t have to invent everything yourself, but you absolutely must be able to secure the types of partnerships that work. This Fish Farm project was launched together with an inspiring Kenyan “aquapreneur” called Dave Okech and his team.
__Use technology, no matter how sophisticated it might look, to address problems you see in your society and to help others.
Our IoT work has now attracted the interest of global investors. Our hope is to #Scale it to other African markets. And it won’t just be for fish farmers, but we will help them, too! How are YOU imagining the future?
#Every lion was once a cub!
“This little cub is learning to roar!”
To be continued. . .

You too can share your story or journey. Send it to editor@postdator.com