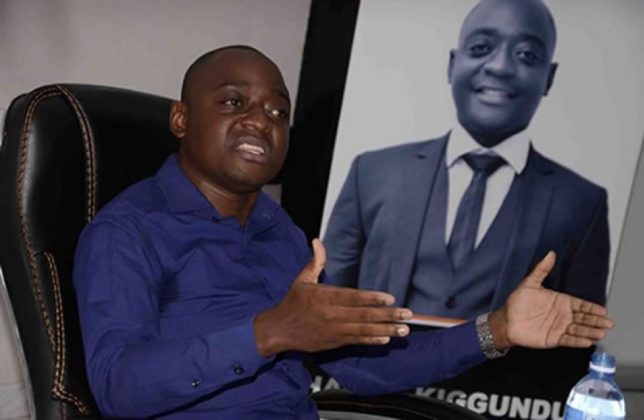 Business tycoon, Hamis Kiggundu aka Ham of Ham Enterprises Limited has expressed disappointment in the response by the Uganda Bankers Association to his call for numerous reforms in the banking sector.

Early this month, the Business man highlighted a number of factors that are working against the banking sector in the country which needed to be changed to better serve the country.

The factors included; Dominance by foreigners in top management position, current discriminative policies against Ugandans on Interest rates as Ugandans are given higher rates compared to foreigners, discrimination on Loan amounts disbursed as Ugandan are under Financed compared to foreigners, lack of transparency of Banks to customers, inadequate legal frame work and structures when it comes to Banking laws that tend to protect the Banks at the cost of their customers.

“As an industry, we welcome opinions, debate, proposals and reforms to continue improving the industry. Stakeholder views and contributions are very excellent feedback channels especially if anchored on good intentions, factual statements and balanced representation of issues and subject matters therein,” Owor said.

On discrimination in offering of credit facilities, Oiwor said that Commercial banks by their very nature and mandate typically take short term deposits and in turn lend short to medium term usually up to five years to avoid what is called a funding mismatch between sources and utilization in terms of readiness to provide depositors with their money as and when they require it.

“Commercial banks are just part of a wider financial eco system and may not necessarily always address every single need and requirement of the market for the simple reason that they are not designed to do so. Development Banks play a big role in long term development finance and these are typically owned by government and institutional long-term investors,” Owor said.

Owor noted that Banks in Uganda like any other market are part of a global financial web that benefits from international flow of skills, technology, standards and capital among others.

He added that limiting financial institutions to indigenous resources be it human or capital would work against growth and development of an economy not to mention the risk it puts on Ugandans abroad and overseas who equally provide and share skills, mobilize resources and deploy themselves for the good of the institution and geography within which they work.

On awarding of top offices to only foreigners, Owor said that, “72% of the Members of board of directors, 55% of the CEOs and 92% of the executive or top management teams of supervised financial institutions are indigenous Ugandans.”

He said that appointment and deployment of staff is based on competence and not nationality or tribe or gender adding that the Banking Sector employs 15,000 staff who derive a living from this employment and by extension support their households and families extended or otherwise.

“The sector provides 100% of its credit extension (currently 16 trillion across all sectors) to persons and business registered/domiciled in Uganda, majority of whom are owned by nationals, employing nationals and supporting families and value chains here in Uganda,” Owor noted.

He added that, “The extension of credit is based on what is usually characterized as 5 Cs and not necessarily nationality as the writer alleges. Which include; C is condition which includes purpose, size and amount of loan requested, Capital put in business, Capacity of the business, Character including credit history of borrower and Collateral. The above Cs typically determine lending decisions and apply across the board irrespective of nationality.”

Owor observed that citizens with poor or unfavourable credit record coupled with maligning a sector especially when in default works against growth of the credit environment and never ever improves the position of the borrowers.

“Loan default or diversion should therefore not be substituted with nationalist sentiments. It masks and hides the real issues and should not be encouraged at any level either by underhand means or even abuse of court process to frustrate recovery of depositors’ money lent out,” Owor noted.

However, Ham has noted that his arguments on the call for banking reforms were specifically based on facts, reality within realistic current prevailing circumstances in the Banking sector today not written economic foreign principals or policies as highlighted by UBA Executive Director.

“The major factor in my submission was reason and reality which is equally the gap between success and failure let it be at an individual level, sector level like Banking or at national level. Most highly educated people are limited to thinking, never stretching up to reason. We think to survive but reason towards prosperity. Thinking is basic but reasoning is deep. Most highly educated people don’t think behold mere written principles or policies,” Ham said.

Ham said that it is not just a matter of having indigenous Ugandans in positions of influence in these banks like the boards of directors, Chief Executives, senior management etc, when they have little control on the huge profits which are all made from and in Uganda.

“Government has to rescue Ugandans from this poor current Banking structure through reforms because it’s only getting worse. The reaction of Uganda Bankers association (UBA) has only worsened our worry on Banks as its now evident that they propose to take over the mediation and arbitration procedures within the legal framework through (ICAMEK) so that Banks are the aggressors and the judges when it comes to recovery and disputes in the Banking sector,” Ham said.

He added that, “The main focus is on reason because it is the only missing factor in the reaction of the ED Uganda Bankers Association (UBA) on the proposed Banking reforms. Without reason, there exists no meeting of minds. How can we possibly find a solution to a problem that the parties have either failed to understand or merely fully address their mind to? That’s why we call upon the Government to act fast and save Ugandans from these unfair current poor Banking structure that is draining all capital out of this economy under the disguise of profit repatriation.”