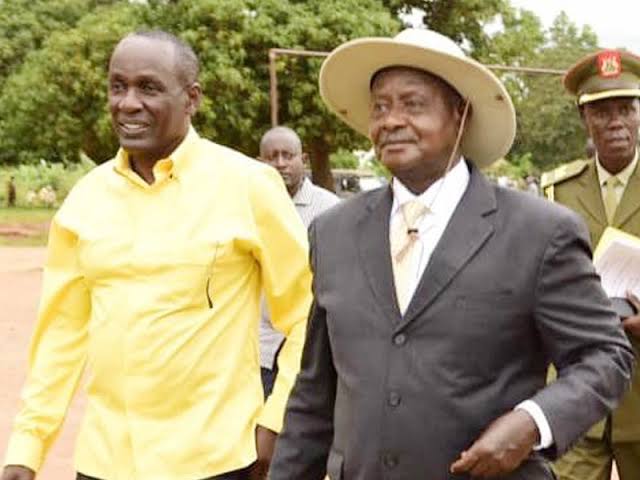 Delegates of the National Resistance Movement (NRM) have today woken up to elect members that will represent them on the party’s top organ, the Central Executive Committee (CEC).

This followed the virtual campaigns that were held on Wednesday at the party headquarters in Kyandondo and were streamed live to all the regions across the country.

All candidates were required to assure delegates on who they are and why they chose to offer themselves to be part of the party’s Central Executive Committee (CEC).

On his part, Capt. Mike Mukula noted he is a strong carder of NRM who has been tested with a number of responsibilities and has performed to the expectation.

Mike Mukula is a flight captain who holds a Masters degree in Business Administration, a PHD in philosophy and a graduate of Israel Military Academy in counter Terrorism and has served as both a Minister and Member of Parliament.

Mukula said that he participated in peace restoration in the North and Eastern Uganda through mobilizing more than 15000 Amuka and Arrow boys who defeated Joseph Kony who had become a stumbling block in the region.

“I was a reliable captain of President Museveni and am still behind him. I was proud that he mentioned my name during yesterday in his address to the nation,” Mukula said.

While in Parliament, Mukula tabled a motion which led to disarmament of Karamajongs who were using guns to terrorize their colleagues and neighbors.

Mukula says that during his term as the vice chairperson of the East he has been able to colour Teso with yellow successfully pushing FDC out of the area.

Mukula noted that with all the achievements, he is sure the delegates will accord him all the necessary support and will vote him back to CEC.

His competitor, Sanjay Tanna described himself as a Ugandan who belongs to Asian families which never left Uganda even after being expelled by Idi Amin.

Sanjay noted that he is a business man and a politician who has been in NRM ever since his youthful days.

“Am a loyal cadre and I have supported party at all levels of leadership. A leader with a proven track record; I have had an opportunity to work in the office of the President, Member of Parliament for Tororo as well as other offices were I have been able to mobilize for the country,” Sanjay said.

The election results are expected to be declared in the evening at the main tally centre at the party’s Electoral Commission offices at Plot 13 in Kyadondo- Kampala.