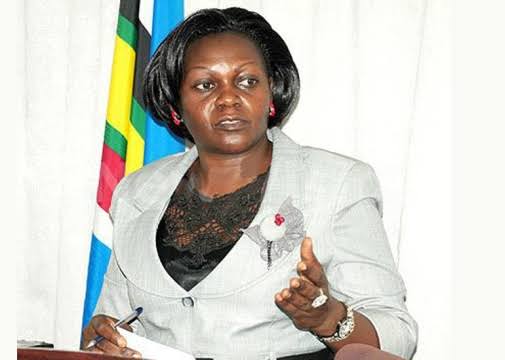 The Minister of State, Sarah Opendi has revealed that her Ministry is in the final stage of tabling before Cabinet the Mining and Minerals Bill, 2020 that will help to streamline the mining sector in the country.

The Minister made the revelation during the while opening the Citizens Convention on Mining 2020 organised by ACODE, Global Rights Alert and other partners under the theme; Sustainable Development of the Mineral Wealth East Africa.

Opendi said that despite efforts by government and other stakeholders to reorganise the Mining sector in the country, there are still a number of challenges that can only be sorted if a new law is put in place.

“The draft bill has already been cleared by the first Parliamentary Council and we shall be tabling it before Cabinet by the next month of October,” Opendi said.

The Minister told the gathering that the Mining Act of 2003 lacks stringent punishment to those who Violate the law noting that this and much more will be dealt with in the Mining and Minerals Bill, 2020.

“Inorder to organise the sector, we need a strong law to organise; we have the Mining Act 2003 however there are some loopholes, the penalties are not stringent; so we want to bring a law in place that will enforce some of the challenges that we have noted such as the illegal mining, refining of gold and other minerals that is done illegally,” Opendi said.

Opendi said that the law will also look at the Production Sharing Agreements that is not covered by the previous laws as well as addressing environmental issues.

“The draft bill is ready, we sent it to the Ministry of Finance and we believe that by next month, we shall be tabling it before Cabinet so that after discussing it, we shall then table it before Parliament,” Opendi said.

The Executive Director, Global Rights Alert, Winnie Ngabiire called upon the Government to expediet the new bill noting that this will be of great help in rebuilding the mining sector in the country.

“Minerals are one and a key source of political instabilities in the region, wrong elements also take advantage of the unclean gold trade system; we hope that Uganda can take on measures to address the challenges,” Ngabiire said.