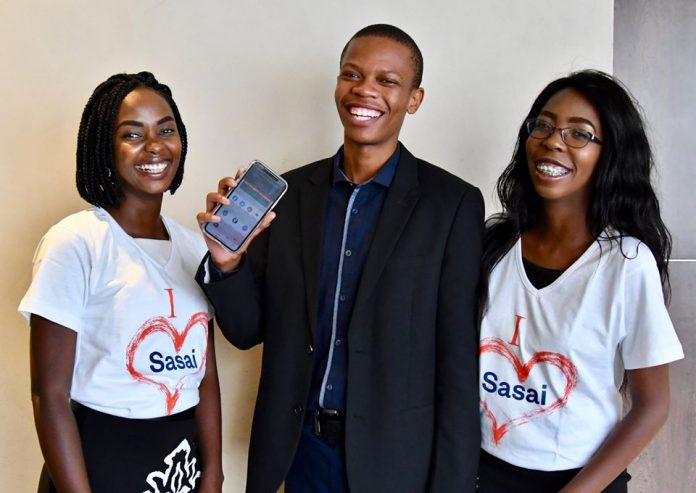 Going through podcasts like #Business Wars, you will by now have realized that some of the greatest entrepreneurs were motivated by an indignation they felt over injustice, mistreatment, or simply a bad service. As an entrepreneur never waste your energy on unnecessary complaints; turn it into an energy to produce something better!

Let me give you a recent example: I was looking at the structure of a very popular App that most of us use, when I suddenly realized that it is available in almost 20 languages, but not a single one from Africa. Some of the European languages were so small compared to large African languages like Yoruba, Swahili, and Amharic, spoken by tens of millions.

“Why can’t we have the option to use our own languages on major Apps?” I wondered to myself. “Why don’t developers ever think of Africa? How does this contribute to the so called ‘digital divide?’”

This led me to do some research, and I found it was the case in a lot of popular Apps. It’s always assumed that Africans speak English, French, Portuguese and, of course, many of us do. Yet even if 70% of our people can speak or read those languages, it still means that over 350m cannot speak any of these international foreign languages. That is a lot of people!

Sadly, at least 43% of the world’s 6,000+ languages are now considered “endangered”. In fact in a few days, on 21 February, the world (and now Sasai!) will celebrate “UN International Mother Language Day”. It got started 20 years ago when they realized so many languages were literally going “extinct”, so few people were using them anymore.

__Now how do you say “building Africa’s century” in your own home language?

Protecting and celebrating our mother languages is not just cool: They are our memories, stories, customs, traditions, and history! While knowing international business languages such as English and French is very important… let’s get back to my story (of #Innovation)!

“So what if I were to make an example with Sasai, and all my own Apps in future?” I asked my team late last year.

“Surely people would just love to see their own languages available in digital form on popular Apps, even if they do speak an international language. I think it’s cool to have Sasai available in  Ndebele or Kinyarwanda”.

“It would be a great idea sir!” replied my team leader.

“Let’s ask the young entrepreneurs on my platform to do it for us. After all they come from every corner of the world.”

I then assigned the team at Muzinda Hub in Harare to coordinate the initiative. And sure enough, within a couple of weeks, they had a whole process going. You guys who participated were great. Thank you!

I was so excited when the first 10 languages were uploaded on the platform. It was so cool to see the App change from English or French to languages like Yoruba, Shona, and Zulu!

But immediately I spotted a big problem… In order to change my App to use a different language, I had to first go to the Smartphone’s own Language setting. This was a cumbersome process which only those with a strong technical background can do. Most of us didn’t know this!

“This is too difficult for people. I want it changed,” I declared. (Not all #Innovations work the first time!)

Then one of our coders came up with a solution: “We can create an “In App” translator”.

“We will code Sasai itself to change the languages, in the app, so you don’t have to go to the phone’s setting.”

“Given all the other things we’re doing, I think we need about 6 months.”

“Okay. Go ahead. Meanwhile translators should continue working on more languages. Don’t do any marketing until it’s working properly.”

By working over the Christmas holidays, our team was able to crunch the codes, and now it’s working. Wow! There are already 67 languages translated (seven have one more step to go and will be completed in a few more days)… 21 African languages so far, whilst others are from Europe and across the world – places like India, Japan, Korea, and the Philippines.

If you want to check if your language is there, here are the steps after you download the Sasai App (you can find it free on the App Store in both iOS and Android):

#1. Go to the “Profile” tab at the bottom right of the Sasai taskbar.

#2. On that Profile tab, scroll to “General Settings”.

#3. On the General settings, find “Languages”.

#5. A tick will appear next to the language you’ve chosen.

That’s it! Sound easy? If it does, well done to our team.

I think this is the beginning of something very big: The digitization of all African languages and content!

Now, what are your takeaways from this story, as an #Afripreneur? How will it help you in the development of your own Digital Platforms?

As you think of the power of language and words, here’s a thought for the week:

“A smart person knows what to say. A wise person know whether to say it or not”.

Remember, this is supposed to inspire you, as an entrepreneur, to also do something similar. Don’t complain simply because your own language is missing on the current list. Either wait to see what happens next, or make a constructive suggestion.