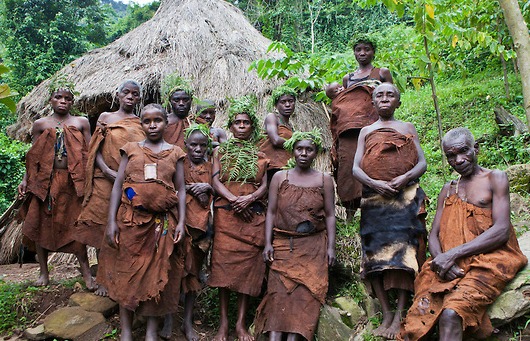 The Benet people also known as Ndorobo, the indigenous inhabitants of Mountain Elgon have come out to join other indigenous communities to demand for amendment of the Constitution to have them included as indigenous Ugandans.

This follows the recent decision by Parliament on February 6, 2020 to grant leave to Kibanda South MP, Jack Odur Lutanywa to introduce a Private Member’s Bill aimed at amending the constitution to include the Maragoli Community to the list of indigenous communities in Uganda.

These groups of indigenous minorities including the Benet, Maragoli, Bakingwe, Bagabo, Basibolo, Nyangea, Babukusu, Kapsegek, Bakama, Mening and Palwo despite being in the country by the 1st February, 1926 were never included in the constitution Third Schedule.

While the move has been appreciated by community representatives and civil society working on minority rights, the Maragoli are not the only community omitted from the Third Schedule, despite having been living in Uganda since prior to the Constitutional Cut-Off date of 1st February 1926.

The Benet are current residents of the Eastern Part of Uganda, living in Kapchorwa, Bukwo and Kween districts in the sub counties of Tuikat, Kwosir, Kitawoi, Benet, Kaseko and Kapmunarkut Town.

According to the Project Coordinator, Benet Lobby Group, David Mande, the recent community census showed that the Benet have around 12, 000 members who are spread across the country.

Mande said that the exclusion from the Third Schedule resulted in the Benet being unable to access nationality documentation such as birth certificates, national IDs and passports.

“Without a national ID, one might face challenges accessing education (exams, scholarships and bursaries), financial services such as opening a bank account, registering a marriage or healthcare. And while other pathways to citizenship exist, such as citizenship by naturalization or registration, these are not suitable options,” Mande said.

Mande said that the excluded communities such as the Benet, Maragoli and others are meeting the indigeneity criteria as laid out in the Constitution which gives them the right to be recognized in the Third Schedule.

Mande added that the group has for long time pushed for their recognition and have got alot of promises from government which have never been realised.

“As the primary focus of the Bill is to create more inclusion for those who have suffered the consequences of being omitted from the constitution, especially since the introduction of National IDs in 2014/2015, it should ensured that the Bill lives up to its spirit,” Mande said.

He thus argued that the private bill, as it will be introduced by MP Lutanywa, should therefore ensure that other excluded communities such as the Benet should be included in the Amendment.