As Uganda joins the rest of the World to commence the 16 Days of Activism Against Gender-Based Violence, the Uganda Youth and Adolescent Health Forum (UYAHF) has called for more space and visibility of girls in planning and policy processes.

The 16 days of Activism is an international campaign aimed at challenging violence against women and girls.

The call to accord girls more space was made during a Regional Girls’ Summit based in Mbale District, Eastern Uganda organised by UYAHF.

“Today, 1.1 billion girls are challenging the status quo. They’re redefining girlhood, and they’re doing so against the odds. Although Uganda had made significant progress in terms of overall poverty reduction, further educational opportunities for young people and gender equality, there is a long way to go,” reads a statement issued by UYAHF during the event. 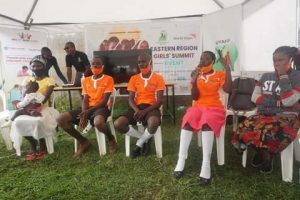 UYAHF noted that analysis of existing evidence has revealed alarming proportions of adolescents still living in poverty, deprived of full educational attainment and – for girls – forced and child marriage and early pregnancies, with sexual and reproductive health indicators revealing high levels of vulnerability.

“Investments in the empowerment of adolescent girls are increasingly recognised to be critical in breaking the intergenerational transmission of poverty. For such investments to have maximum impact, more evidence and deliberate action is needed to make adolescent girls more visible in policy and planning processes,” reads the statement.

UYAHF added that there is a need to invest in girl child education, sexual and reproductive health access and social protection to prevent and reduce harmful cultural practices like child marriage. 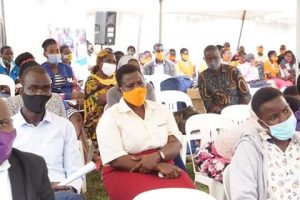 As such, UYAHF and partners SheDecides and GirlsNotBrides held a satellite event to the Beijing +25 celebrations 2021 geared towards ushering in 16 days of activism.

The regional event was held in Mbale district under the theme “Empowering Girls for a Brighter Future”.

UYAHF as well officially announced their new Suubi Helpline, an information, support and referral service for ANYONE in Uganda who needs support with sexual and reproductive health, sexual and gender-based violence, pro-bono legal advice, post-rape care and social-psychological support.