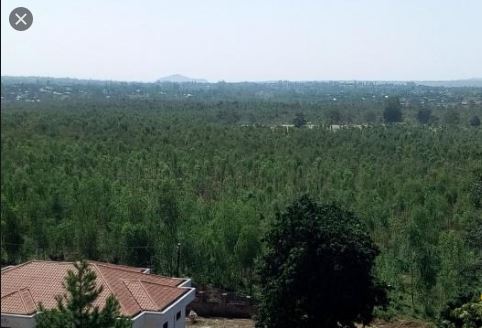 Arua Municipality Councilors have approved the establishment of an Eco-City in Barifa, a peri-urban forest land.

The artificial eucalyptus forest covering an area of over 10sq km was proposed for gazettement ten years ago but has since remained undeveloped and continues to be a hideout for criminals.

In an extraordinary council meeting held on Wednesday, the councillors unanimously approved a plan for the city developed by Joadah Consult.

The Nile Eco-city is also expected to have a 14,000 sitting capacity stadium, sports hotel, shopping arcade, supermarkets, modern hospital and five-star hotel amongst other things.

The master plan also includes space for constructing storied buildings for both lower and middle-income earners.

The Mayor Arua Municipal Council Isa Kato says the establishment of the Eco-City will reduce on poverty levels in the Municipality and increase on clean and habitable environment.

Some of the councillors welcomed the public-private partnership in development of the Eco-City saying it will fasten the process of preparing Arua town for the regional City status.

In 2008, Arua Municipal Council was tasked by the Ministry of Lands Housing and Urban Development to find alternative land to replace the artificial Barifa forest, before it’s given to an investor for the development of an Eco-city.

A nine square km of land was accordingly purchased in Lazebu village, Logiri Sub County Vurra County in Arua district to replace Barifa. The two parties are set to formally sign a memorandum next week and works are expected to kick start by March 2020.