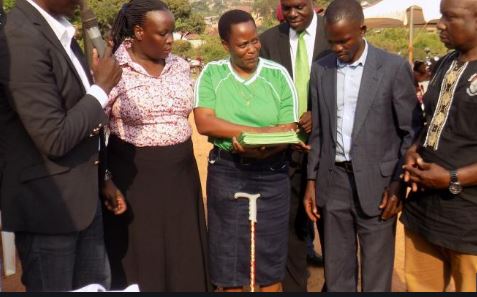 The National Organizing Secretary of the Democratic Party-DP, Sulaiman Kidandala has cleared another DP faction in Mukono district to conduct parallel grassroots elections.

Kidandala cleared the DP faction led by the Mukono Municipality Member of Parliament, Betty Nambooze who is also the Mukono District Party Chairperson to hold grassroots elections from LC I to LC 3 chairpersons this Saturday.

This is parallel to the on-going polls cleared by the DP Secretary General, Gerald Siranda. Kidandala’s decision has drawn protests from the DP faction led by George Fred Kagimu, the Mayor of Mukono municipality, saying the party primaries started in early January.

There has been unrest among DP members in Mukono district since last year when Kagimu declared his intentions to challenge Nambooze for the Mukono municipality parliamentary seat in the forthcoming elections.

The rivalry between the two leaders split DP members in two rival factions. Peter Nsamba, the Spokesperson of Kagimu’s faction, says the grassroots elections have reached the LC III chairperson’s level. He says some party members ignored the party primaries and have now started disorganising a peaceful exercise.

He also accuses Nambooze’s faction of advancing the People’s government ideologies at the expense of DP. According to Kagimu, the Mukono District DP party leadership was dissolved and its powers assumed by the national secretary whose office is monitoring the grassroots elections. //Cue in: “In Mukono district

Nambooze has dismissed the earlier registration and elections, saying they were organised by self-centered people who fear competition. She says the elections are intended to qualify people who would keep the party president Norbert Mao in power.

“Article 33 Section (e) of the DP Constitution gives me powers to organise grassroots party elections, formulate party registers and supervise elections at all levels among other roles. This is what I am going on doing in every district of Uganda. If I am wrong, then the constitution was wrongly written since it is my guide.” Kidandala notes.