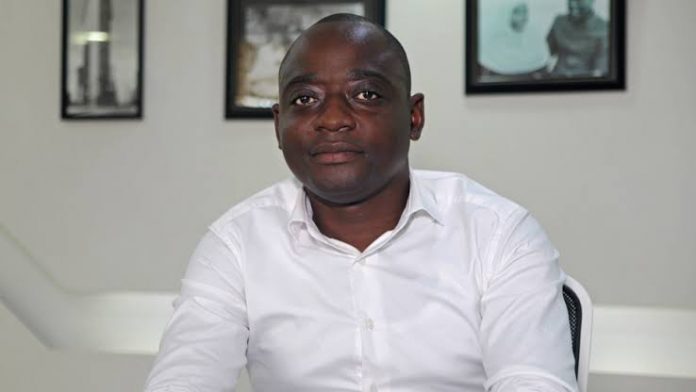 City businessman Hamis Kiggundu aka Ham has appealed to Ugandans to rise to the occasion and push government to cause substantive reforms within the banking sector which is faced with a lot of challenges.

Kiggundu has come out to note that a lot is at stake within the banking sector highlighting that Ugandans must stop being just spectators but get involved in saving the sector.

“It is very unfortunate that in Uganda today, we have drawn our focus on things like social events, drama and comedy losing focus on systems, structures and policies yet these are the fundamental factors on which each and every nation grows,” Kiggundu said.

Kiggundu said that it is so unfortunate that Ugandans are either unbothered, leave it unnoticed or simply don’t attend to structures and systems.

According to Ham, Uganda’s Banking sector is very week and totally compromised given the fact that the sector is 95 % owned by foreign making it less beneficial to Ugandans in terms of access to financial services.

“The unfortunate bit is that at least the foreigners fully own these banks; I am of the view and opinion that Ugandans should have a shareholding in all these banks operating their businesses in Uganda,” Kiggundu said.

On top of being owned by foreigners, the banks mainly employ foreigners even when it comes to Managers, MDs and CEOs which is equally unfair.

“Uganda has had better education system for a long time, I am of the view that we have qualified accountants and financiers that have got the capacity to hold these jobs of MDs or managers of banks. I call on government to make reforms for each and every bank operating in Uganda for MD to be Ugandan, it would be to our advantage that if we have a local manager in bank, they can easily solve financial problems of fellow Ugandans,” Ham noted.

He noted that the banks have also compromised the country’s legal system and structure adding that the legal framework is very weak when it comes to factors like banking laws and regulations.

“If one runs to courts of law to have an account audit, banks hide under Regulation 13 of the Mortgage Act which requires that anyone who has interest to have legal proceedings against any banking institution in Uganda, they are required to deposit 30% with the bank which I find completely unfair, contradictory and inconsistence to Article 28 of the Constitution which provides for a right to fair hearing to every Ugandan,” Ham said.

He added that there is a discriminative tendency of banks easily giving loans to foreigners as well as offering them financial services with better interest rates as compared to Ugandans.

Ham also observed that these banks come into the country with little capital and most of them are currently undercapitalized and are simply repatriating profits out of the country.

“I call on government to put up regulations to ensure that money made in Uganda should stay in Uganda so that we can use the money to explore our untapped resources,” Kiggundu noted.