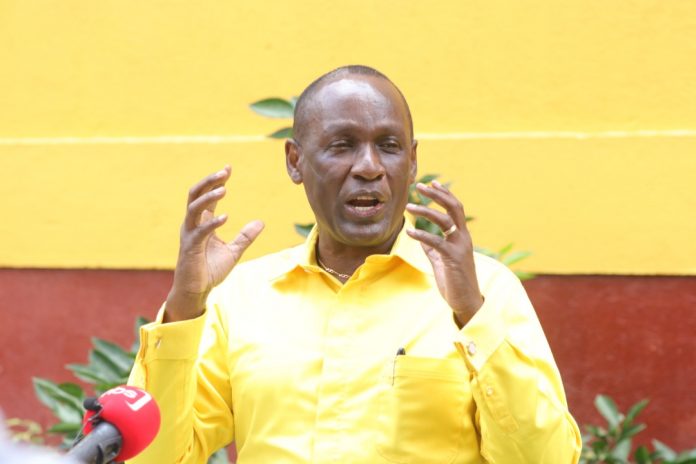 The NRM Vice Chairperson Eastern Region, Captain Mike Mukula has advised his competitor in the race, Sanjay Tanna to stop falsely accusing him of running a racism campaign but concentrate on informing voters what he has to offer them.

This he has noted in his response to the allegations that were made by Sanjay in a letter dated August 3rd, 2020 addressed to NRM Electoral Commission Chairperson, Dr. Tanga Odoi.

Sanjay told Dr. Tanga that Mukula is a racist and sectarian adding that he shows an unfair or prejudicial distinction between different categories of people on grounds of race and colour.

Mukula has responded that the complaint is superfluous, out of context, trivial, vexatious, misplaced, erroneous and lacks content.

Mukula said that the accusations are derived from a figment of falsehoods meant to mar and slur his good image.

“I have never been racist or sectarian and cannot and have never sunk that low. My actions are always based on mature, leveled and embracive politics which accommodates the ideas of the NRM and focused on the correct ideological line with clarity,” Mukula said.

Mukula has instead noted that during the course of his campaign he has been highlighting the core principles of the National Resistance Movement based on steady progress which are; patriotism, Pan Africanism, Social Economic Transformation and Democracy.

He has advised Sanjay to find a clear distinction between racism and Pan Africanism noting his focus has been on championing Pan Africanism.

“Pan Africanism is not and has never been racism. It is about self-determination and should not be confused with racism, the type of which we see in western Europe, the Ku Klux Klan and other parts of the world, thus the slogan ‘Black Lives Matter’,” Mukula noted.

Mukula added that, “ I note that the only candidate in this election who has spoken about race in this campaign is the distinguished Hon. Sanjay. He should get comfortable and explain to voters what he has to offer if at all he has anything to offer and spend less time talking about his identity. The issue I was raising is on ideology not biology.”