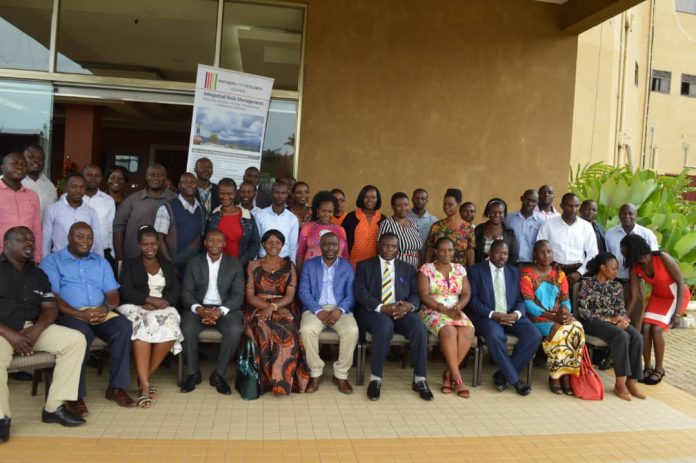 Civil Society Organisations championing the preservation of wetlands have called upon government to expeditiously consider and pass the Wetlands policy and Bill so as to improve on the conservation and management of wetlands in Uganda.

The call was made during Uganda’s wetlands policy and legislation review process that was held in Kampala by the Partners for Resilience (PfR) lead by Wetlands International, the Ecological Christian Organisation (ECO), and CARE International.

Uganda was among the first countries in the World when it formulated and passed a National Policy for the Conservation and Management of Wetland Resources, in 1994. The aim of the policy was to promote the conservation of wetlands in order to sustain their values for the present and future well-being of the population.

However, for over 23 years, there has been no review of the old policy or formulation of a separate law governing wetlands management in Uganda.

In 2017 the Partners for Resilience (PfR) lead by Wetlands International, the Ecological Christian Organisation (ECO), and CARE International collaborated with the Ministry of Water and Environment kick-started the review of the 1995 policy and formulate a new law on wetlands management in Uganda. This was in line with the overall review of policies and laws in the environment sector and the need to address emerging issues such as climate change, disaster management and environmental restoration.
Speaking during the meeting, Partners for Resilience (PfR) Representative, Anthony Wolimbwa said that despite their enormous potential, wetland loss and degradation is at alarming rates.

“Since 1995, Uganda has lost more than 6% of its total wetland area from about 13% to currently 8.4% (205,212 square kilometres). The loss has been more significant around Kampala, Wakiso, and Mukono posting a loss of 9,661 ha per annum between 1995 and 2010 that represents 14% decline. With the expansion of agriculture, more rural areas in all of Uganda are experiencing a huge loss of wetlands and their benefits,” Wolimbwa said. 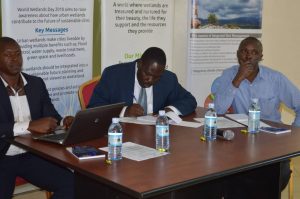 “If policy and legislative action are not urgently taken to conserve wetlands, a number of dire consequences are likely to accelerate loss and damage to wetlands ecosystems,” Wolimbwa said.

As a result of the delayed policy, the entire health and sustainability of Uganda’s economy will be put at risk with very low resilience capability.

“As well, Uganda’s effort to reduce carbon emissions will not be achieved and therefore not able to meet targets in the Nationally Determined Contributions. There will be increased food insecurity as a result of degraded ecosystem and increased cost of water and sewerage treatment,” Wolimbwa added.

According to Racheal Kyozira Kaleebi, the Cordaid Uganda Program Manager Resilience, wetlands are amongst the most productive of the world’s ecosystems providing essential services such as water, food, construction materials, transport, and coastline protection, as well as important opportunities for tourism and recreation, which are also defined as ecosystem services.

“The current rate of wetland degradation in Uganda calls for fast-tracking the wetlands policy, paying attention to; climate change adaptation, ecosystem management,  restoration, and disaster risk reduction while putting people at the center,” she added.

The Civil society organizations thus demand that government urgently pass a new law that will enable the Wetlands Department to carry out enforcement and compliance in the conservation and management of wetlands in Uganda.

They among others demand that government builds capacity for integrated risk management as an adaptive management approach that promotes co-existence between wetlands and development and addresses emerging challenges of climate change and industrialization.