While addressing the media in Kampala, the Human Rights Defenders (HRD) noted that the absence of a substantive Uganda Human Rights Commission Chairperson leaves the commission inactive and can’t offer any help needed by Ugandans in these critical moments.

NCHRDU Executive Director, Robert Kirenga told the media that without a Chairperson and other commissioner’s the commission can’t perform its duties as enshrined in the law.

Kirenga said that it’s almost a year since the death of the former UHRC Chairperson Med Kaggwa which has since left the current commission inactive since it can’t constitute itself into a tribunal to hear and determine human rights cases. 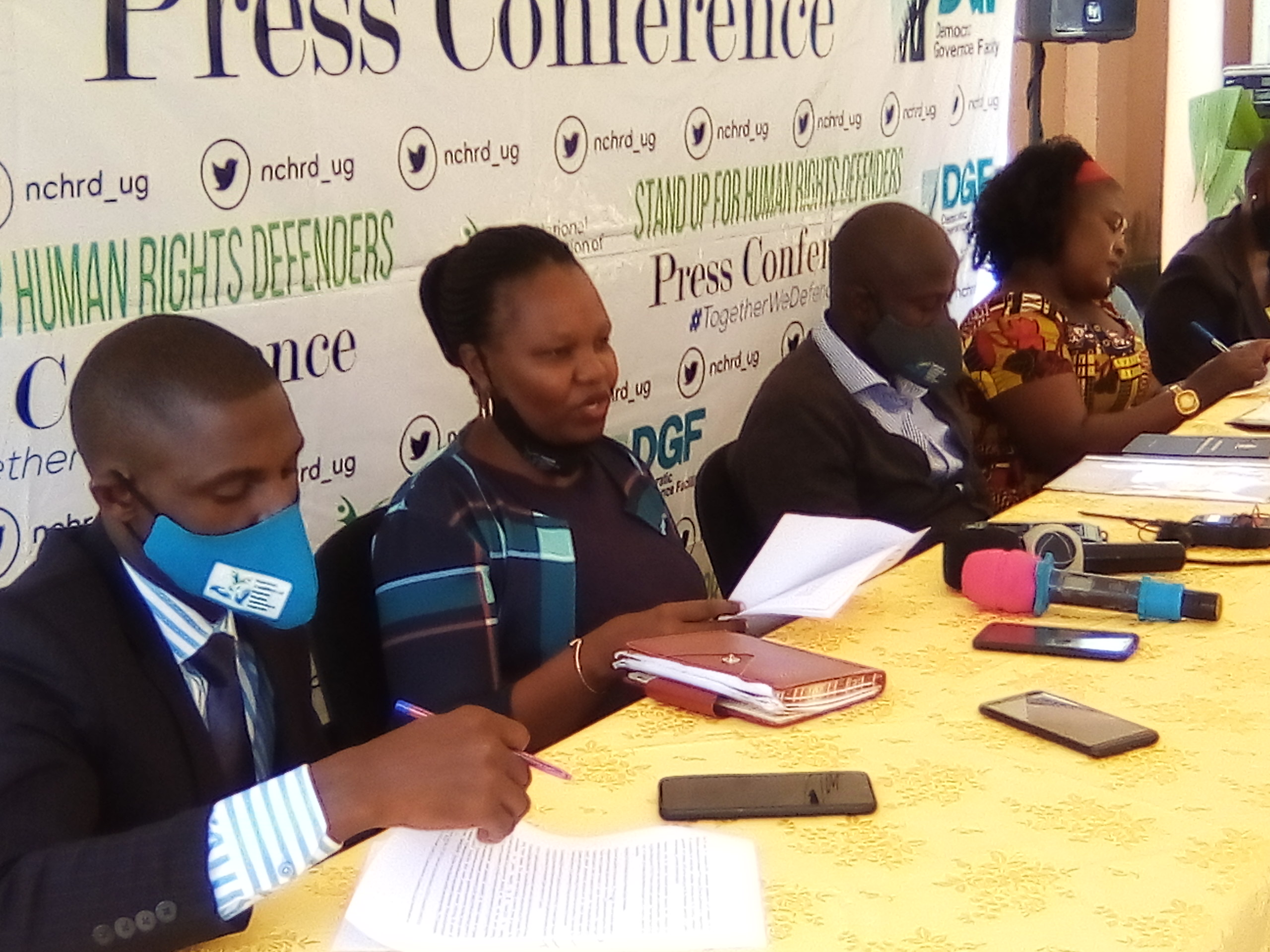 “Therefore in his absence, as we head to elections, you realize that the citizens’ rights will be violated like we are seeing already yet they will be having nowhere to run to for redress,” Mugisha said.

These human rights defenders further expressed worry that with the different presidential candidates beginning their campaigns, the initial campaign days have been characterized by cases of indiscriminate violence and fragrant disregard of COVID-19 Ministry of Health guidelines.

Kirenga said that such scenes have in one way or another got human rights defenders such as election observers and Journalists entrapped.

Kirenga noted that the HRD’s right to assembly continue to come under attack with brutal arrest of some of their members as well as suffocating freedom of expression.

He thus called upon Police to apply the 2019 Uganda Police Force Human Rights Policy in undertaking their work as well as avoiding the excessive use of force, unnecessary brutality, arbitrary arrests, incommunicado detention and attacks on journalists and the other HRDs who monitor and report on human rights issues during the electoral cycle.

“To all political actors and citizens involved in campaigns, we call upon them to adhere to the laws and guidelines issued by the Electoral Commission as well as the COVID-19 SOPs related to combating the spread of the pandemic among the population,” Kirenga noted.