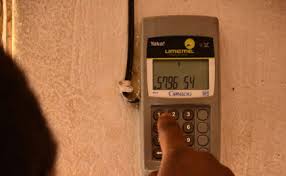 The Electricity Regulatory Authority (ERA) has revealed that it would need Shs64bn shillings every month if its to distribute free electricity to Ugandans during the COVID-19 pandemic period.

This was revealed by ERA Chief Executive Officer, Ziria Tibalwa Waako while appearing before the Parliament Natural resources committee along with the Minister of State for Energy and Mineral Development Simon Djung.

During the interface, the Members on the committee demanded to know what the Ministry of Energy is doing to save Ugandans from the huge electricity bills that they have accumulated during the COVID-19 lockdown period.

The MPs including the Aswa county mp Reagan Okum, Simon Lokeris, Fredrick Angura among others insisted that the continued billing of people especially those living in slums creates much stress on them as the working situation has not normalized again.

The MPs called for subsidized tariffs or no billing especially for the vulnerable poor.

However, Tibalwa said that the sector has quantified and presented to the covid-19 task force what they will need to support different categories of people as preparation for the worst time if Covid escalates.

As a sector we have quantified the subsidiary requirement to be able to support the different categories of the consumers and through the Ministry of energy we have brought this to the attention of both the Minister of Finance and the COVID-19 task committee to subsidize all the domestic consumers every month we need Shs64bn if they are going to be consuming power without payment, Tibalwa said.

Minister Djung insisted that the billing for electricity will still exist for the ministry to know how much they are performing .

President Museveni has since March as he announced a lock down due to corona virus out break asked utilities bodies mainly electrify and water not to disconnect the public but this has not limited the billing and running out of power especially for those on Yaka pre-payment system.