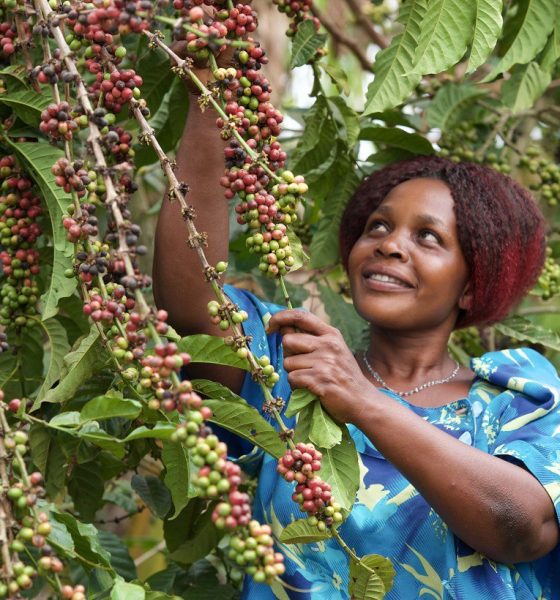 Farmers and local leaders in Luweero district have asked Uganda Coffee Development Authority to stop distributing coffee seedlings and prioritise other farm inputs so as to boost production.

This follows a value for money audit report on production and productivity of the coffee sub sector for 2018/19 financial year by the Auditor General which revealed that despite the interventions made by Government, the estimated coffee yield of 0.44kg of coffee per tree has not increased to meet the expected yield of 1.05kg of coffee per tree.
The report revealed that the rate of survival for the coffee seedlings distributed to the farmers was below 55% during the year under review across the country. The report attributed the problem to late delivery of coffee seedlings, inadequate preparation of gardens by the farmers, limited support to farmers with other inputs such as fertilizers and pesticides and inadequate extension services.

The report shows that 70 percent of the farmers visited hadn’t registered to receive coffee seedlings.

It is also noted that the National Coffee Research Institute (NaCoRi) phased out the Robusta elite variety in 2009 for a number of reasons including susceptibility to wilt disease and developed improved new coffee varieties of Kituza Robusta 1-10.

However, the 3,104 nursery operators certified by UCDA have not adopted the new coffee varieties and have continued to supply the phased-out variety. Farmers and local leaders in Luweero concur with the findings.  They now want UCDA to stop further distribution of coffee seedlings and channel the funds to provide them with other farm inputs to address the challenges.

John Kibalama, the Director Bakyabumba Coffee Farmers’ Cooperative Society, says that they have put much effort in coffee growing but the yield remain low because of the poor variety supplied by nursery bed operators certified by UCDA. Kibalama says that they asked UCDA to direct suppliers to provide them with coffee cuttings or new varieties as recommended by NaCoRi in vain.

Josephat Mutagubya, a coffee farmer in Kabanyi village says that they have run out of land for the coffee seedlings and want UCDA to help them maintain the existing coffee plants. He also notes that farmers can’t afford buying other inputs like fertilisers and tools so as to get better yields.

Abbey Ssozi Bakisuula, the Luweero District Production Secretary says since UCDA has supplied sufficient coffee seedlings in the past, it should now focus on improving yields.

Ibrahim Muwonge, the Buntutumula Sub county LC V Councilor has asked UCDA and district to embark on sensitization of farmers on how to maintain the coffee seedlings. Muwonge says some farmers keep coffee in the backyard to dry because they didn’t request for it in the first place.

Phoebe Namulindwa, the Luweero Resident District Commissioner, says they have already met UCDA officials and asked them to stop the distribution of the coffee seedlings.

The Luweero District Agriculture Officer, Haruna Kasirye says if UCDA is to maintain distribution, it should provide coffee cuttings, which produce high yields other than coffee seedlings. Kasirye that tree cuttings are effective and can yield over 5kgs of coffee per tree compared to the coffee seedlings, which are less than 1.5kg/tree. At least 20 million coffee seedlings are estimated to have been distributed to farmers in Luweero district in the past five years.

Laura Walusimbi, the UCDA Spokesperson declined to comment on the farmer’s concerns and instead referred our reporters to the Managing Director, Emmanuel Iyamulyeme Niyibigira who was unavailable. According to Auditor General’s Report, the government has allocated Shillings 231 billion through UCDA towards the provision and distribution of production inputs over the past five years across the country.

This intervention has resulted into provision of over one billion free coffee seedlings to farmers, which has led to an increment in the total coffee tree population by 141%.