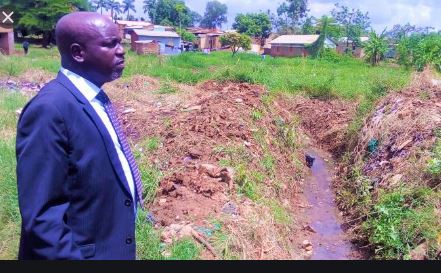 Leaders in Gulu have called for urgent boundary demarcation across wetlands to curb rampant encroachment.

Key wetland areas in Gulu include Limo and Forest Wards in Laroo Division, Pece Channel in Pece Division and areas around Kasubi and St. Jude in Bardege Division. Several other wetlands are in Layibi Division.

But area leaders have observed that wetlands across the divisions have been sold, reclaimed and encroached upon by residents without proper regulations. Many of the encroachers allegedly say that the swamplands are not well defined.

Laroo Division Chairperson Moses Abonga, argues that areas including Kony Paco, Limo, Lagoon and Agwee in Agwee and Forest Wards have all been encroached upon under the watch of the National Environment Management Authority – NEMA.

Meanwhile, Gulu Municipality MP Lyandro Komakech asserts that the fight to conserve the environment has lost meaning despite the good laws. Lyandro faults the trend on government laxity compounded by impunity.

The unregulated wetland degradation in the country has inevitably impacted on their capacity to filter pollutants and store water thus causing disasters like floods, pollution of water bodies in several parts of Uganda.

Statistics from the National Environment Management Authority- NEMA show that wetlands are the most threatened ecosystem, with its coverage drastically reducing from 16.6 hectares in 1994 to 8.2 hectares by 2016.