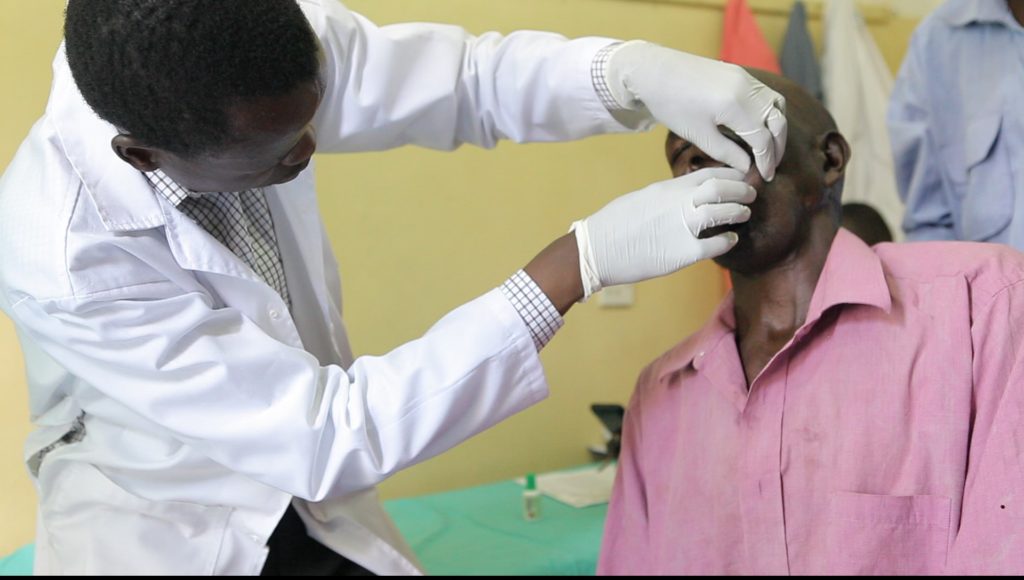 Several victims of the Lord’s Resistance Army Insurgency in Agago district have asked government to extend psycho-social support to speed up their healing.

The victims say the war has greatly affected their social lives, even more than a decade after guns fell silent with majority citing trauma as the biggest challenges they continue to battle.

Yakobo Okello now 82-years-old, a resident of Odokonyero kal village in Patongo Sub County in Agago district says he still suffers from anxiety whenever he is reminded of the LRA war.

Okello was the only survivor from his village when LRA rebels attacked their homes on January 24th 1991 and murdered 26 people, majority of the church members of Odokonyero chapel.

Okello recounts that he was rounded up and thrown into a small grass-thatched hut were several other locals had been put adding that they were beaten severely before the rebels locked them up and set the hut ablaze.

He says when he regained consciousness and realized the hut was on fire, he broke open the door and fled for safety but his wife never survived.

Okello says he survived with a deep wound on his head and back injuries which affected his productivity adding that the memory of the gruesome killings that happened on the fateful day still haunts him to date.

He appealed to government to set up a psycho-social support centre for victims of the war from where they can receive counselling.

“I have a very difficult life up to now, I have no energy, if government cares, they should help me because even my wife died during the attack leaving me to single-handedly care for our children. The government has to help me at this time even when I am waiting for God’s call,” he says.

Franca Judith Akello, the woman Member of Parliament for Agago district who was abducted thrice by the LRA rebels during her childhood shares similar plight.

Akello was first abducted while 10 years old and the third time in 1996 while she was 16 years-old in senior three during an ambush laid by LRA rebels from Laguti Sub County in Pader district.

She says although she didn’t spend a lot of time in captivity during all her periods of abduction, the rebels forced her to witness how her fellow child abductees were forced to murder adults by chopping their bodies with machete.

Akello says she was forced to carry chopped fingers of an old man in her pockets which she also used as a pillow while sleeping at night for a full week.

She says the experiences in captivity has left her traumatized and deprived her opportunity of a childhood education adding that to date she also still feels sharp back pain as a result of carrying heavy luggage.

Akello says there is an urgent need for government to extend psycho-social support and broker re-conciliatory processes to facilitate compete healing from the war.

In Odokonyero kal village, the community members who celebrated the 31st anniversary since the gruesome murder of their relatives over the weekend have embarked on constructing a community church.

According to Stephenson Okot, the central organizing committee chairperson for the memorial prayers, the church project will help the community members to remember their loved ones and also act as a mode through which they can attain healing.

Although little is known about who masterminded the 1991 murder in odokonyero village, some residents alleged Brig Kenneth Banya who got amnesty in 2004 commanded the rebels.

Justice Peter Onega, the chairman of Amnesty Commission, in an earlier interview says the commission has rolled out several initiatives currently that help to ease lives of formerly abducted persons.

He, however, says limited funds from government have hampered implementation of such projects that entails aspects of offering counselling and livelihood support.

Agago district like other areas within Acholi sub-region still has hundreds of locals who continue to suffer from effects of the two-decade war orchestrated by elusive LRA warlord Joseph Kony.

Last year alone, more than 15 people committed suicide in the various former hot spot of the insurgencies in the district, a vice leaders attribute to trauma.

In June last year, Cabinet approved the National Transitional Policy with the objective to address the gaps in the formal justice system in post-conflict situations.

The policy is also aimed at formalizing the use of the traditional justice mechanism in post-conflict situations and to also address gaps in the current amnesty process.

More than 1.5 million people are believed to have been displaced into camps during the war while tens of thousands of people were killed.