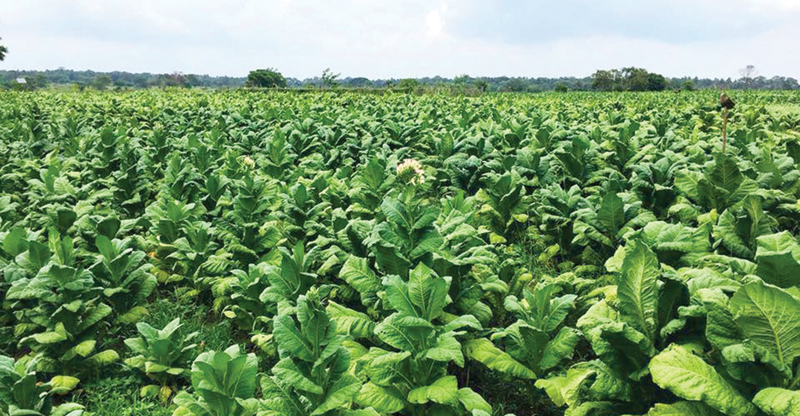 More than 1,000 farmers in Acholi sub region are stuck with at least 200 metric tons of tobacco worth Shillings 1.4 billion.

The farmers from Omoro, Lamwo, Gulu, Amuru, Nwoya and Pader districts were contracted by Alliance One Tobacco (Uganda) Limited to grow the cash crop. However, farmers say the company has gone silent.

Several farmers who spoke to URN revealed that in 2018 they entered an agreement with the company to grow tobacco.

The company extended support to farmers in form of agricultural inputs like seeds and fertilizers, which it would recover after the sale of tobacco.

The aggrieved farmers are now accusing Alliance One Tobacco Company of breaching the contractual obligation for the purchase of the tobacco.

Benson Okello, a Tobacco farmer in Odek Sub-County in Omoro District reveals that over 100 farmers were forced to sell their produce cheaply.

He says the remaining 18 farmers are still trapped with 5.5 tonnes of tobacco.

Richard Ojok, the leader of Aswa clusters that comprises of Lungulu Sub-County, Olwiyo and Anaka outlets in Nwoya District divulged that they are stuck with 70 tons of dried tobacco belonging to over 300 farmers.

In Amuru over 208 farmers under Amuru I and Amuru II clusters lost over 40 tons of tobacco to fire in a rented store. Simon Loum the lead farmer in the area they are still stuck with 20 tons of tobacco.

Augustine Adonga, another aggrieved tobacco farmer in Pader disclosed that over 140 farmers in the District are equally stranded with 35 tons of tobacco in a store in Ogom Sub-County. Other farmers in Palabek Sub-County in Lamwo, Paicho Sub-County in Gulu, Kiryandongo and Masindi districts have also reported irregularities against the company.

Farmers in the affected districts have petitioned the respective District Commercial Officers; LC 5 Chairpersons and Resident District Commissioners for redress. In Masindi district, the company bowed to pressure from district authorities and has started purchasing the excessive tobacco from farmers.

Attempts to get response from Christine Apolot, the head of Corporate Affairs Department in Alliance One Tobacco Uganda Limited were futile as her phone number couldn’t go through. Most farmers in Uganda who are involved in tobacco growing argue that it has helped them improve their economic livelihoods, pay school fees for their children, build better houses and acquire essentials for their homesteads.

According to Ministry of Agriculture, Animal Industry and Fisheries (MAAIF), there were an estimated 75,000 farmers relying on the crop by 2014. It is estimated that Uganda is one of the top ranking countries in the world producing Tobacco with records indicating the country produces up to 6.7 million tons annually.