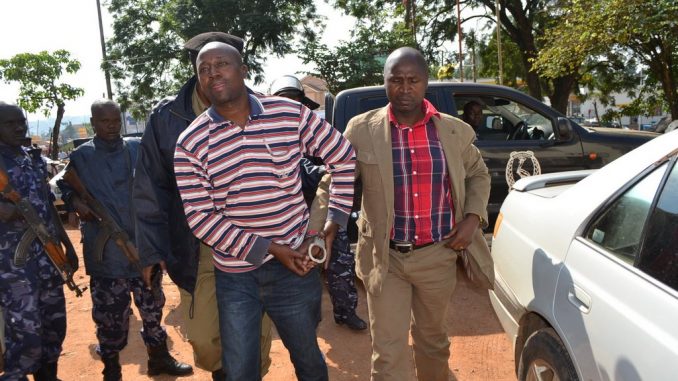 Parliament has referred the matter of unlawful blocking of Lwemiyaga County Cattle Market and confiscation of cattle by Gen. Elly Tumwine to the Agriculture committee for scrutiny.

The Speaker of Parliament Rebecca Kadaga on Thursday referred a petition from Cattle keepers and traders in the cattle corridor and residents of Lwemiyaga in Ssembabule district against security Ministry Gen Elly Tumwine and the Uganda Police to the Agriculture committee.

The petitioners accuse Tumwine of confiscating their cattle and the police for blocking the market.

Ssekikubo then accused Tumwine of enforcing the quarantine in order to have a monopoly and profiteer from cattle trade with his business associates at the expense of local livestock farmers.

Presenting a petition before Parliament, Ssekikubo asked Parliament to take a keen interest on the arbitrary confiscation and detention of trader’s cattle, the closure of cattle markets on orders of Gen Elly Tumwine and enforcement of a false quarantine of the foot and mouth affected areas.

Ssekikubo tabled before Parliament an instrument from the commissioner detailing the areas of quarantine, an order by court of the release of the animals, certificate of herd health among others.

Kadaga forwarded the matter to the committee of Agriculture to investigate the matter expeditiously saying there are some areas in the country that are constantly under quarantine.

The referral of the matter against Gen Tumwine to the committee for scrutiny comes at the backdrop of a censure motion mooted by Parliament on Wednesday following allegations that he frustrated investigations into torture of Ugandans and safe houses.