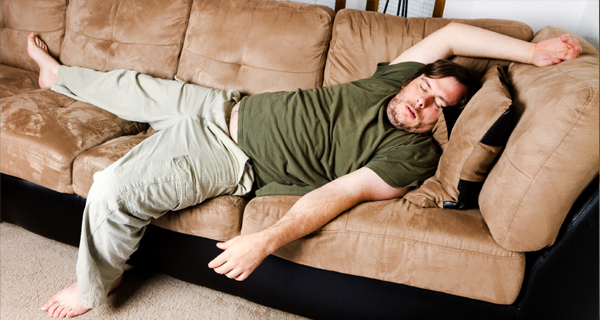 Craig Martin became a trending topic after he sent his friend to go collect the award for being the laziest person in his hometown of Johannesburg.

The 31-year old received praise, and he was lauded for his lack of energy and for also reaching the ultra level of being lazy. About 200 people from the Southern Africa region were invited to the awards ceremony.

193 people were in attendance. The other 6 gave various reasons as to why the could not attend the event. “I don’t have the energy to attend. I’ve been sleeping for the past 16 hours,” Martin revealed to the attendees in a skype call.

Martin has only been out of his yard once in three years. It was when he went to the dentist for a checkup. He beat all the 5 hopefuls who’d attended the event to “bring home” the prestigious Big Momma Award for Lazy Legends.

The event was held at the Jubilee Hamilton Hall on Saturday, 1 April.

Do you know a legend who could win the award? Comment below.