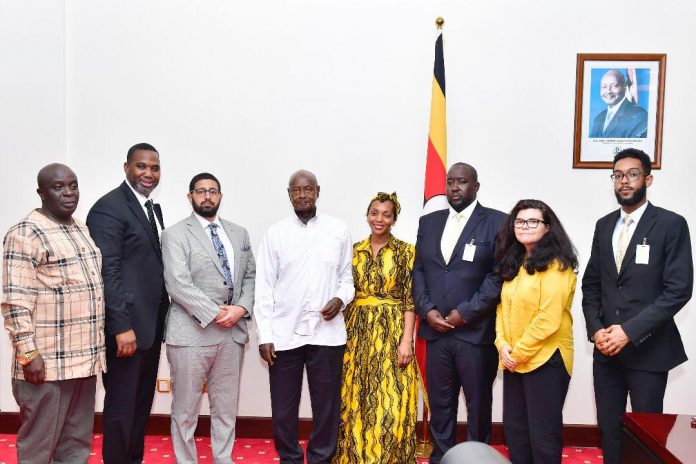 President Yoweri Museveni has encouraged African American investors to interest themselves in setting up Real Estates around the different industrial parks in the country.

The President made the call while meeting a delegation of African Americans from Capital Brand Bizz represented by Michael Broughton, Mark Hernandez and Damiano as well those from Impact Brands Inc at Liao Shen Industrial Park in Kapeeka, Nakaseke District.

The President told the investors that Uganda’s Real Estate Development sector is still widely open adding that there is need for setting up affordable housing in and around the several industrial parks in the country.

The group was ushered into the country by Isaac Kigozi the Managing Director of East African Partners a company that has championed marketing Uganda and East Africa to different foreign investors with the aim of encouraging more investments in the region. 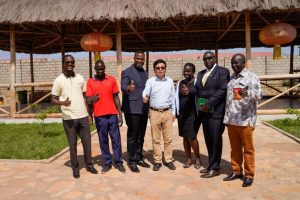 Kigozi said that during the visit, the President was so impressed that the African Americans have chosen to trace back their origins in Africa so as to spend their monies in the vast investments available.

“During our visit to the president, the investors were encouraged to as well look at venturing into the education sector by providing technical education which is tailored towards enhancing skills among Ugandans,” Kigozi said.

The President as well appreciated the NRM Diaspora Chairman, Hajji Abbey Walusimbi who has used the NRM league to encourage and bring more investors into the country a task that should be carried on by all Diaspora members despite their political affiliations.

The Minister of State for Privatisation and Investment Evelyn Anite noted that her Ministry will provide all the necessary support to the team of investors assuring them of better policies and good working relationship from government.

“I want to thank the African Americans for thinking of investing their hard earned resources in Uganda and Africa at large. We shall give them the support required to facilitate their investments in Uganda,” Anite said.

She added that, “As a country, we need to industrialise and create jobs so as to absorb our unemployed population, we are going to focus high quality Foreign Direct Investments from USA.”

While visiting the industrial park, the group appreciated the work that is being done and expresses interest in partnering with Gaga Food to export dried Uganda Pineapples, Mangoes and Passion fruits to America.

Gaga Foods is a Chinese- Ugandan Cooperation which dries Ugandan fruits for exportation across the world.