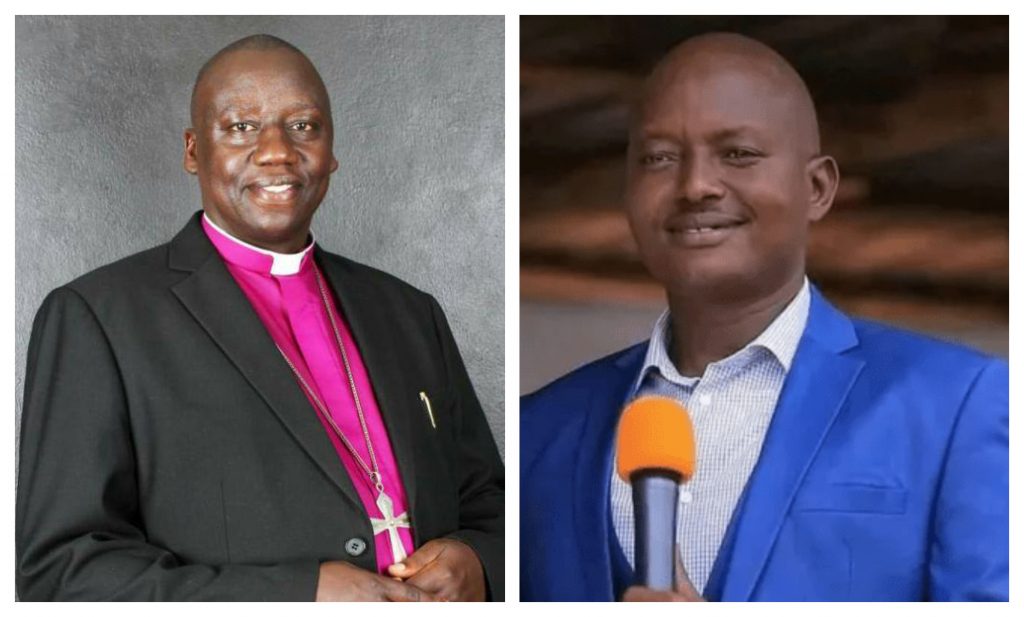 On 9th January, during lunch hour prayers at Canan Land in Makerere Kikoni, Bugingo said ’till death do us part’ is not biblical and is the cause of murders between couples. He challenged his congregation to show him a couple in the bible that made such vows.

“I have read the Bible countless times but I have never come across any verse that tells marrieds that it will be death to do them apart, those vows which are made by Anglicans, Catholics and Born-again, are satanic, that is why when couples find that they are no longer compatible, they find ways taking away each other’s lives because the vows involve death,” Bugingo said.

He added: “People do not just kill others. It is those vows when Abraham was marrying Sarah, did he make those vows? The vows are from hell.”

In a long social media post, the Rt. Rev. Johnson Twinomujuni, the Bishop of West Ankole Diocese, said that he is not surprised that Bugingo made such statements after divorcing his wife on grounds of sickness. He goes ahead to educate him about different verses in the bible that supports the vows.

Bishop Twinomujuni added that God created us in his image and gave us brains to use. He said that it is so disheartening that Bugingo is taking advantage of the innocence of those that attend his church.

“In some respects, the Bible is specific and particular in accordance with both the immediate and wider contexts, but in other and actually most cases it states what is true or right in principle. What the Bible says in principle informs our conscience and so guides or facilitates our decisions and establishments,” he said.

During a marriage retreat, Pastor Robert Kayanja of the Miracle Centre Cathedral said that Bugingo is not reading the bible.

“I used to think that his problem was English, but now I fully believe that the brother is anointed to start a new cult. He attacks rings, he attacks Christmas, and everything that has been designed to give God all the glory,” Kayanja said.

In his message, Rev. Onesimus Asiimwe, the chaplain of St Francis Chapel, Makerere University encouraged Christians to flee from Pastor Bugingo’s teachings. Because they are heresy and a danger to their soul.  He noted that It is true that the Bible is silent on how marriage rites should be conducted, including making vows but that does not mean that they are wrong.

“God’s covenants include promises or vows. Since marriage is also a covenant, it includes vows-solemn vows to be faithful to one another in hard times as well as good times “until death do us part.”

The vows are taken in the presence of witnesses, including a pastor or priest, and most importantly, in the presence of God. That’s why in our marriage service we say, “The vows you are about to make are to be made in the name of God, who is a judge of all and who knows all the secrets of our hearts.”

“Sin is the cause of the killing. Vows don’t kill; sinful human beings kill, and it is wrong. Marriage vows are, in fact, good. Vows are what make us “promise-keepers” in our marriage relationship. God hates divorce (Mal 2.16) because to break the covenant is to tear the one-flesh and undermine God’s redemptive plan in the world,” he said.

It is not the first time Bugingo is challenging the Christian doctrine in relation to marriage, in 2017, during a Sunday service, Bugingo, told his flocks that marriage rings were not biblical. He encouraged all his followers to shun marriage rings because they were satanic.

In July last year, during lunch hour prayers, Bugingo spilled his wife’s bedroom secrets Pr. Teddy Naluswa Bugingo. He said his wife suffered from a disease, which could not allow the two to have sex for about 10 years.

Pr. Bugingo also told Christians at his church that Teddy and their daughter Doreen wanted to take control of the church property in a deceitful manner.