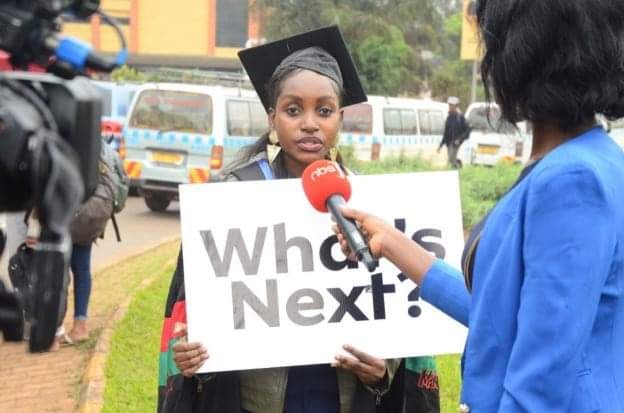 On January 24th, a young woman by the names Leila Janah passed away due to an aggressive form of tissue cancer. Leila was a social entrepreneur who employed thousands of desperately poor people in Africa and India in the fervent belief that jobs, not handouts, offered the best escape from poverty. She was only 37. What Leah did is that she sourced for massive digital jobs from tech and business companies that needed large volumes of data to understand their customers and then recruited and trained the most vulnerable youth on how to collect this data. She also taught them how to write code, which is the new form of Petroleum for the digital economy.

Yesterday, scores of snobbish middle income, middle aged Ugandans were laughing at the graduates who were protesting the lack of jobs. At least 50% of elite or middle income Ugandans survive on corruption, nepotism, bribery, and dirty politics. The other 50% are terribly selfish over-consumers who would rather buy three 50-inch TV screens than employ an additional business assistant to grow their business. Grown up people, many of whom thieved themselves into middle income status are laughing and judging these young people for whom the economy has miserably failed to work. The selfish fools who would have employed a graduate instead over-consume their money without viable businesses, in hope that they will steal from the public coffers. Their museum brains no longer appreciate where they came from, or the fact that the economy has changed markedly, the population has exploded, and the system has stagnated.

There is no country in the world where 30,000 fresh graduates all leave their universities, cross the road, and start their own businesses. In many developed countries, graduates are ensnared by lifetime debt from student loans. People were also blaming the universities for the type of training they give: there is no university that dishes out jobs – that’s just poverty of thoughts. The type of ‘top-up’ training that these young people need to fit into any job is not rocket science any middle aged technocrat can train at least one young graduate to fit into the world of work. The jobs just ain’t there, stupid! Slogans such as “be a job-creator, not a job-seeker” are just childish gibberish that selfish middle income people use to keep poor people at arms length – to turn their misfortune against them, depicting them as lazy and unfocused. Uganda is already the most entrepreneurial country in the world in terms of businesses started but 95% of start-ups die before their 1st birthday.

Do people want the graduates to volunteer to sweep the streets? What these graduates need is a robust economy that creates jobs and opportunities – then they can innovate on the job and gain some capital and skills to be able to start their own businesses much later. Jobs are created by industries, manufacturing or services. The government’s role is to stimulate the economy so that more jobs are created. Able private people should then use their reserves to start businesses that can employ others. How many Leila Janah’s do we have in our highly self-centered society?