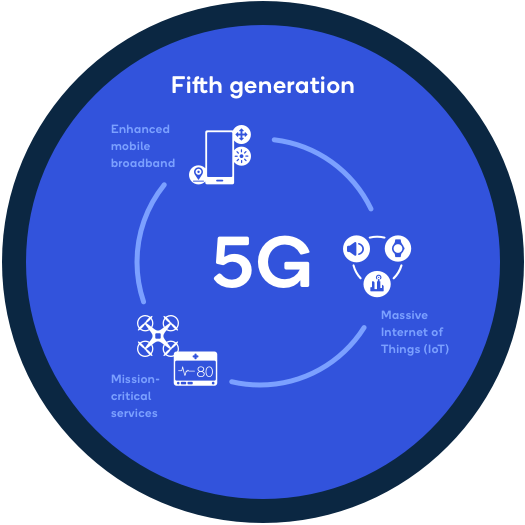 In the wake of the COVID-19 pandemic, the media has been filled with claims that the virus is directly linked to the introduction of the 5G technology. However, several platforms like Science Alert , Aljazeera, CNET News, and CNN among others  have dismissed these claims as baseless conspiracy theories under the argument that  the disease exists even in countries that have not yet implemented any 5G networks like Iran.

The claims suggest that 5G networks cause COVID-19 because they emit radiations that weaken the immune system, making people susceptible to infection.

According to Qualcomm, 5G is a 5th generation mobile network that enables a new kind of connectivity that is designed to work virtually, connecting everyone and everything together including machines, objects, and devices. It is meant to deliver higher multi-Gbps peak data speeds, ultra-low latency, more reliability, massive network capacity, increased availability, and a more uniform user experience to more users.

In a press statement that was released on 9th April 2020, the Uganda communications commission (UCC) stated that concerns about possible effects of telecommunications towers on human health are not something new and have always resurfaced with each new technology.

The UCC maintains that due to the substantial amount of research so far carried out by recognized institutions such as the World Health Organization (WHO), the International Agency for Research on Cancer (IARC) and Health Protection Agency (HPA) with regard to the probable health risks , these theories are baseless and should not be followed by the public. These experts maintain that COVID-19 is caused by a virus that spreads through person-to-person contact and not through radio waves.

The UCC has urged all radio frequency spectrum users in Uganda to comply with the International Commission on Non-Ionizing Radiation Protection (ICNIRP) guidelines. (ICNIRP recently published its 2020 Guidelines on Limiting Exposure to Electromagnetic Fields , which seek to protect people against all potential adverse health effects related to exposure to 5G technology radiation) in their installations and operations. The ICNIRP is the leading global authority on non-ionizing radiation, which provides scientific advice and guidance on the health and environmental effects of non-Ionizing radiation to protect people and the environment from harmful exposure.

“We know that parts of the community are concerned about the safety of 5G, and we hope the updated guidelines will help put people at ease”, the ICNIRP Chairman Dr Eric Van Rongen said in a statement.

UCC further affirmed that the 5G technology can’t be the reason for the virus in Uganda, as this technology has only had a one-week demo that was localized to MTN offices in Kololo in January 2020. This is in agreement with the position of the other expert researchers on the issue.

Technology is simply a tool to provide solutions – Strive Masiyiwa