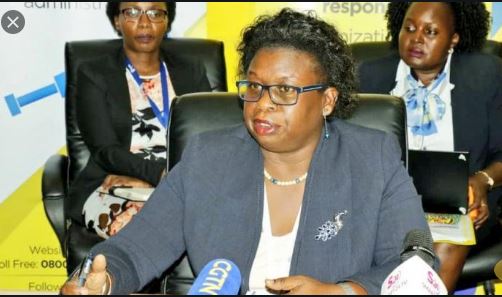 Uganda is set to lose more than 500 billion Shillings in tax waivers during the 2019/2020 financial year alone, the Uganda Revenue Authority has indicated.

A tax waiver is when a company or an individual engaged in a certain activity where they are supposed to pay, is granted a chance not to pay. This can be mainly to make sure their business grows by re-investing the money that is supposed to pay for the tax.

URA Commissioner General Doris Akol, who described the tax exemptions as tax eroding and reducing the existing revenue base said the loss was on income tax exemptions given to several companies this year.

Akol said on Thursday that in the six months to December 2019, the country lost USD 5.8m (21 billion Shillings) because of the waiver that has been extended to those importing brown husked rice.

Akol has previously called for the removal of tax waivers, saying they didn’t have an impact other than being a revenue-leakage hole. URA’s continued talk against tax waivers could be seen as a call to the government to stop. It could also amplify campaigners calls for them to be stopped.

Another area where Uganda is likely to lose money was the fact that the implementation of the regional trade agreements that require the removal of the tax.

Regina Navugga, an expert on trade and taxation at the Southern and Eastern Africa Trade Information and Negotiations Institute (SEATINI) Uganda, told URN last year that they were not happy with the way the tax waivers were given out, asserting they have long questioned the criteria used to choose companies benefiting.

A study by the Economic Policy Research Centre showed last year that those who got tax incentives either closed shop from the fifth year of the tax incentives or changed the name when the incentive expired. This means they didn’t attract the envisaged investment.

Irene Mbabazi, the URA acting commissioner for Domestic taxes, said they had observed overtime even the jobs and investment expected of companies that get tax incentives was not as forthcoming.

On employment, she said that most of those employed by these firms are paid less than Pay As You Earn (PAYE) of 235,000 Shillings which means the taxman cannot tax them directly.