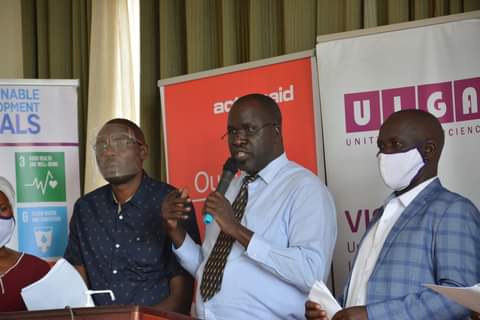 The Uganda Local Government Association (ULGA) which brings together all local government has called upon government to expedite the operationalisation of the newly created administrative units as a way of increasing service delivery to the people.

This was during a meeting held at Fairway hotel in Kampala where members discussed the several factors that affect effective service delivery in the country.

During the meeting, the ULGA President, Joseph Lamonyang noted that so far a total of 348 new subcounties and 352 town councils are not yet operational despite being passed by government.

Lomonyang said that as Local Governments (LGs), they are required to transform the new administration units into centers of excellence for production and industrialization however, most of these are not operational, infrastructure facilities are not upgraded, many do not have physical plans as per the National Urban Policy.

As such, the revenue bases for the old LGs have been affected since they are predominant subsistence economy dominated by the under-served rural community with high poverty levels which has consequently affected the delivery of services to the communities, Lomonyang said.

Lomonyang noted that similarly the newly created LGs require big development grants to put in place the necessary institutions and social infrastructure for delivering services but with no or limited funding.

Lomonyang added that with the increasing population growth within, the Local governments, there is need for the central government to funding to these administrative units for better service delivery.

“It is significantly important to note that the population in the LGs has continued to increase in addition to national and regional population displacements over the years. Its pertinent to note that Ugandas growing population is mainly young, unskilled and unemployed, who by and large cannot contribute to its GDP, but with several demand for services including health, education, among others,” Lomonyang said.

He added that despite such facts, the budget allocation to local governments over the years who are at the forefront of service delivery have consistently declined from 19.5% in 2009/2010 to 9% in FY 2020/21.

16 Days of Activism: UYAHF Calls for Visibility of Girls in Policy and Planning Processes