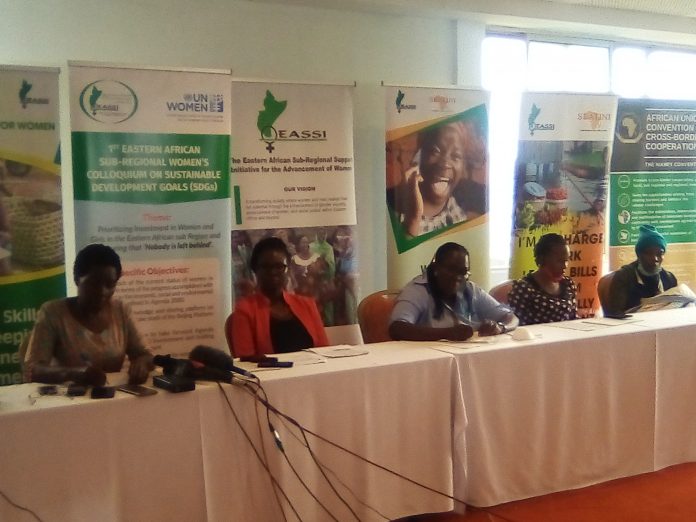 Regional organizations working with traders along the borders have called upon the East African Community partner states to consider reopening up borders so as to allow cross border trade as a way of rejuvenating the lives of people that have been affected by the COVID-19 lockdown measures.

In March 2020, the six EAC partner States order for the closure of the borders as a measure to curb the spread of the COVID-19 global pandemic.

Despite the ease of the lockdown measures, the borders have remained closed which is greatly affected and has killed the businesses of the small-scale traders who could not afford transporting their goods in trucks across the international borders.

During a two days e-regional conference on assessing the impact of COVID-19 on the lives of people living along the borders, the Civil society organizations across the region resolved to push for the re-opening of the borders as a way of enhancing the livelihoods of the border communities.

These organisations including EASSI, SEATIN, Urgent Action fund Africa (UAFA) among others noted that while the impact of the pandemic varies from country to country, its effect on the socio-economic lives and wellbeing of women is appalling with a definite increase in the levels of poverty and inequalities.

Speaking at the closure of a two day dialogue EASSI Executive Director, Shiela Kawamara said that the effect of the lock down saw women on border district sneak through bushes with their goods and this way, they were raped, assaulted and their goods stolen in the process by the security officials and other perpetrators along the borders.

Kawamara said that the opening of borders will facilitate the smooth and safe running of trade for women in the informal sector who constitute more than 75% of traders along the border communities.

“Look at the crowds in Kampala, these same crowds are happening in Nairobi and other cities, border communities feel marginalized and Covid is being used to further stigmatize and disfranchise them; COVID-19 is everywhere lets not disfranchise our people by stopping them from trading yet other areas are trading,” Kawamara said.

She appealed to government to come up with more measures to encourage safe trade other than keeping people at the borders away from their livelihood.

During the same event, SEATIN Executive Director, Jane Nalunga called upon the Ugandan government to consider lowering the stimulus package to the lay man most of whom are in the informal sector.

Nalunga said that its a hoax for government to channel the stimulus package through the Uganda Development Bank (UDB) well knowing that it has a lot of laid down criteria that must be fulfilled before one accesses the financial support yet they cant be fulfilled by the small-scale traders.