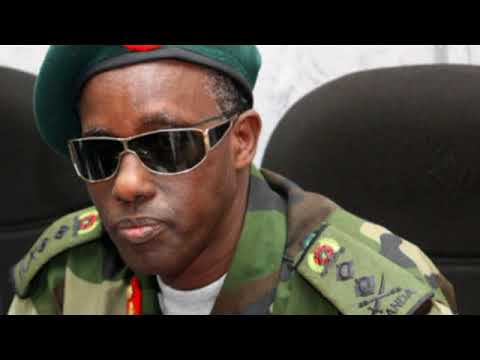 The move to censure Security Minister, Gen. Elly Tumwine over contempt of parliament lays in the balance as Members of Parliament shy away from pending their signatures to the censure.

With a few days left, the exercise is facing a major setback as several legislators have turned down the process to collect signatures to have him censured.

According to Article 118 of the Constitution, Parliament may, by resolution supported by more than half of all members of Parliament, pass a vote of censure against a Minister on the grounds of (a) abuse of office or willful violation of the oath of allegiance or oath of office (b) misconduct or misbehavior.

As such, Parliament needs a total of 150 signatures from lawmakers to have the process of having the Tumwine censured get to another step.

While addressing the media at parliament on Friday, the movers of the motion admitted that fellow MPs were not responsive, but remain optimistic that they will get the required signatures to censure Gen Tumwine before Thursday next week.

“It is very sad that our fellow MPs are giving excuses and putting their hands behind rather than supporting the resolution of parliament by signing the petition. They passed the resolution, but they are not turning up to sign the petition,” said Lwemiyaga County MP, Theodore Ssekikubo.

He added that they understand that Tumwine has a lending business at Parliament and has lent out money to a number of MPs which could be a reason why some are shying away.

MP Moses Kasibante said that it is so disturbing that even most members of the Committee on Human Rights that pinned Gen Tumwine including Egunyu Nantume, the chairperson of the committee have not signed the petition.

“It is hardly 5 members of the committee that have signed this petition yet it is their report that prompted the censure motion. What is happening to the rest of the committee members and other MPs; they should explain to Ugandans why they have not signed the petition yet they adopted the motion on the floor of Parliament,” Kasibante said.