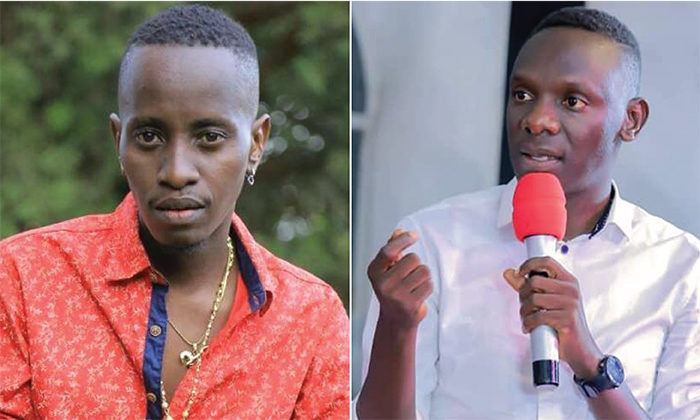 “I got saved. I have had God at heart, and always heard pastors preaching. But I  always feared attending prayer services for fear of being judged,”

“I got whatever I was looking for [in the world], but gained nothing. I have slept around, consumed alcohol, stayed out in clubs and boarded the plane. There is nothing much I gained from it all. I have wasted so many years,” he said.

Famous Ugandan TV personality Edwin Katamba better known as MC Kats wants God to use him, and also give him a fresh start in life.

While at the Worship House located in Nansana, Kats said he wants to positively inspire youth, most especially those caught up in an endless and compulsive cycle of drug addiction.

Social media was recently awash with articles that described him as “emotionally unstable” and “mentally ill” ever since he came out on his HIV-positive status.

When Asked why he disclosed his HIV status, Kats said, “God allowed me.”

“Those I have grown up with know about it. However, when I went to London, I don’t know why, but all I did was cry during one show, saying, ‘thank you God’. When I returned to Uganda one ‘Uncut’ show presenter asked to interview me. He wanted to find out why I cried during the London shows. Truth is, I did not plan to disclose my status. Nevertheless, I was tired of keeping it off,” he said.

MC Kats started his TV career while at WBS at the age of 14.

He has had the HIV virus for about 13 years, and doctors in London described him as a walking ‘miracle’ after finding his CD4 count critically low, a threshold for heightened risk of death.