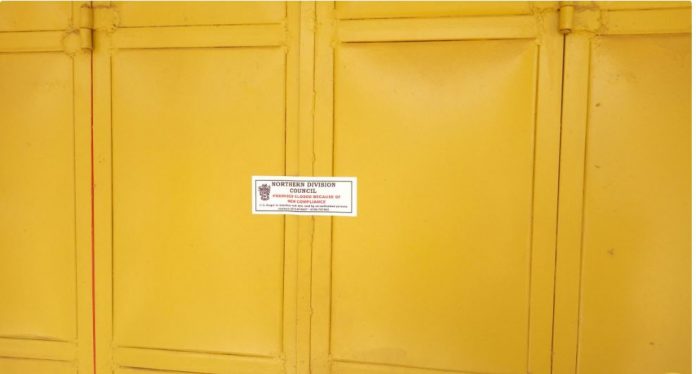 Mbale Municipal Council authorities have closed over 50 business entities in Mbale town over lack of trading license and other requirements.

The affected businesses were closed on Tuesday in an operation led by a Committee dubbed “transformation”, which seeks to restore Mbale to its past glory and improve local revenue collections.

The operations were carried out in Northern, Wanale and Industrial Divisions, which make up Mbale municipality.

The Mbale Town Clerk, Paul Batanda, says the affected businesses were found operating without trading licenses, in unhygienic environment and unpainted buildings in contravention of the municipal bye laws.

He says the closure of unlicensed businesses will boost local revenue collection, which has significantly reduced because of increased tax evasion.

Musa Kasaja, the Chairperson Mbale Municipality Revenue Collection, says tax evasion has made service delivery in Mbale a challenge citing the failure by Mbale Municipality to correct garbage, opening up roads, installing security lights among others.

Sam Timakabile, the Industrial division youth Councilor urged business people to love their town by paying their taxes on time to avoid such inconveniences.

Betty Mukhaye and Stephen Wamutu who operate shops at Kumi road market faulted Mbale municipal council authorities for closing their business yet it’s the responsibility of their land lords to ensure a conducive working environment.

They said the closure of their business will impact negatively on their business, saying that some of them are servicing bank loans.