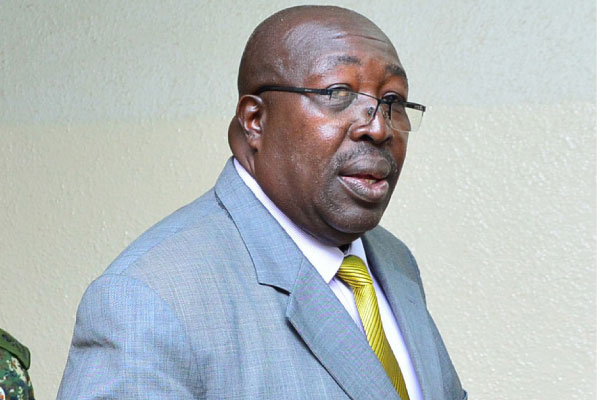 The Minister of State for Defense, Sam Engola has denied holding Parliament in contempt when he failed to offer relevant response on the Parliament resolution to suspend the operations on UPDF Fisheries Protection Unit on water bodies in the country.

The Minister was committed to the Parliamentary Committee on Rules and Privileges over contempt on January 23, 2020 to be investigated on the matter.

The Minister was supposed to present a statement on the status of the implementation of the parliament resolution but the he was not ready and expressed high levels of unpreparedness.

Engola denied disrespecting Parliament saying it is not his decision to maintain deployment of the Army on lakes but rather the Commander in Chief, President Yoweri Museveni.

He also denied not taking Parliament seriously saying he simply requested for more time to get proper statement to facilitate the house, a request that was denied

Ongalo Obote, Chairperson Rules Committee also asked the Minister if he was now ready to table his statement, but the Minister was noncommittal saying the subcommittee set up by Cabinet to investigate torture claims against the Army hasn’t completed its report.

On the other hand, the Minister revealed that the ministry of defense is to investigate the UPDF officers who made statements that undermined the directive of parliament in respect to the resolution that was passed.

The matter has been raised by the Bugiri municipality MP Asuman Basalirwa when the minister was appearing before the committee on rules and privileges to defend himself on the contempt of parliament when he was responding to the same directive in December 2019.

Basalirwa referred to Captain Abaho Nathan who is commanding the UPDF operations in Kalangala district who was quoted in the media saying that they couldn’t stop their operations because they don’t receive orders from parliament.