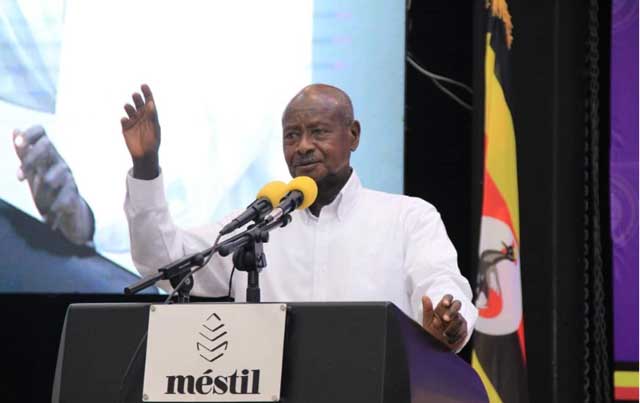 Museveni made the remarks on Tuesday at the opening of the four day annual 22nd Judges Conference at Mestil Hotel in Kampala.

Citing the Sukulu Phosphate Project in Tororo District, Museveni asked the judges why they had halted the project yet the Chinese had a mining license. He said that the courts should not have intervened if it wasn’t a matter of compensation.

Justice Nyanzi‘s order was however ignored by government. In September, the High Court Commercial Division Judge David Wangutusi directed the same company to pay 8 million dollars with interest of eight percent per year to the proprietor of Fang Fang Hotel, Fang Min.

Justice Wangutusi ruled that the license in question had fraudulently been obtained by Guanghou Dongsong Energy Group Uganda Limited.

Museveni said that judges should understand that some projects are being run on borrowed from World Bank and there is a huge financial implication if the projects are not implemented on time.

Last year, President Museveni said that the money was not available to cater for the Judges’ remuneration.