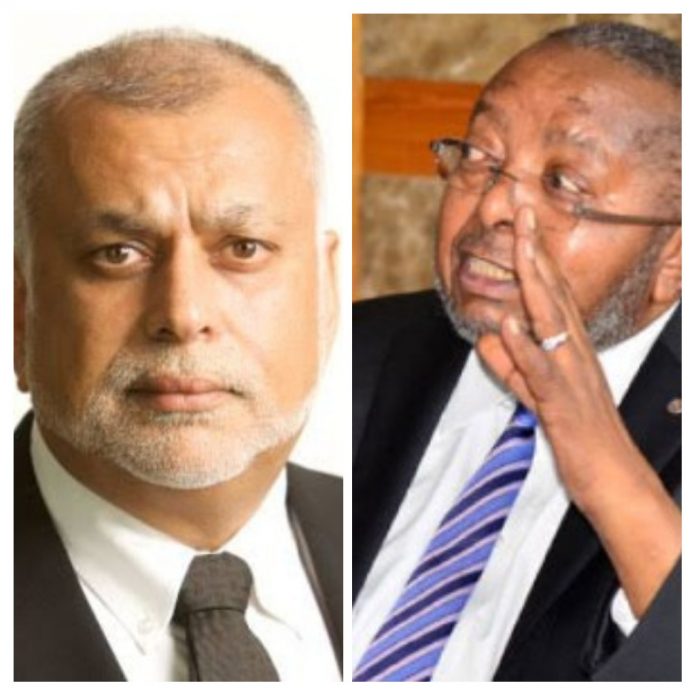 City businessman Sudhir Rupareria has come out to respond to the several claims that were put across by the Governor, Bank of Uganda, Emmanuel Tumusiime Mutebile following the Appellant Court decision to dismiss the case filed by the central bank against him.

Bank of Uganda (BOU) had sued Sudhir the former owner of the defunct Crane Bank and Meera Investments Limited accusing them of allegedly fleecing the defunct bank of Shs397bn and sought that the money be refunded.

In the judgment recently issued by the justices of the Appellant Court, it was noted that there was no misconduct against Sudhir that would call for litigation and thus ordered BOU to pay costs incurred by the business man.

This judgment has since left BOU Governor unpleased and has vowed to appeal the ruling on grounds that the receivership does not take away the corporate personality of a company which includes the right to trace and recover assets.

The governor noted that neither the High Court nor the Appellant Court has yet considered or taken a decision on the claims for wrongful and illegal extraction of funds from Crane Bank as claimed in the main suit.

Mutebile has thus vowed that he shall appeal the ruling before the Supreme Court for a satisfying redress and justice.

In light of the above and much more allegations put across by the Central Bank, Sudhir through his lawyers of the Kampala Associated Advocates has issued a response noting that the statement circulated by the Bank of Uganda to the media contained many inaccuracies and false statements.

Sudhir’s lawyers noted that the High Court Civil Suit 493 was filed by the Bank of Uganda in the names of Crane Bank Limited in Receivership and court considered the case and determined that it was not legally tenable as there was no cause of action.

The lawyers said that BoU addressing the Court of Appeal urging them to ignore the fact that it had no cause of action and proceed to hear the case was inviting the courts to ignore the law.

The High Court considered the case and determined that it was not legally tenable as there was no cause of action. The case was accordingly dismissed. There is no court in any part of the world that can proceed to hear a case where no cause of action is disclosed, the lawyers noted.

They added that the Bank of Uganda should not be allowed to disrespect the Courts, when it is the one that went to the courts to seek redress in the first place.

“If they are unhappy with the decisions of the Court, the legal remedy is to file an appeal and not to criticize the court in the press, the lawyers noted in their statement.

They added that Bank of Uganda makes a false allegation that tax payers money was used to settle Crane Bank Depositors noting that this statement is used several times in the press statement but it is not part of the case Bank of Uganda filed but rather an allegation designed to sway public opinion, and has nothing to do with the case.