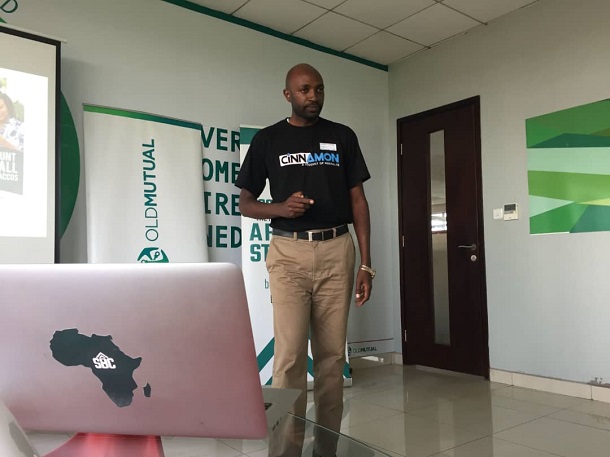 Cinnamon Clubs has been selected to face off with 19 other startups in the Startupbootcamp AfriTech 2019 Final Selection Days. Cinnamon Clubs is a software that helps investment clubs to track and manage their records.

To participate in this round of the prestigious accelerator, the startup beat over 2000 startups from different countries that had applied.

Of the twenty startups that were selected from across Africa, only Cinnamon Clubs came from Uganda. South Africa sent seven, Nigerian (six), Kenya (two) and the rest are from Togo, Senegal, Morocco and Zimbabwe (each of these sent one).

To participate in this round of the prestigious accelerator, the startup beat over 2000 startups from different countries that had applied.

Of the twenty startups that were selected from across Africa, only Cinnamon Clubs came from Uganda. South Africa sent seven, Nigerian (six), Kenya (two) and the rest are from Togo, Senegal, Morocco and Zimbabwe (each of these sent one).Last year Uganda was represented by three fintechs: Swipe2pay, CoinPesa, and RoundBob .

Speaking to this website about the nomination, Dickson Mushabe, the founder and CEO of Cinnamon Clubs said: “I really want to thank God for this opportunity and for making to the top 20.”

He added: “This is a huge step in the right direction for Cinnamon Clubs to go global and be accelerated by one of the best in the world. Special thanks to the entire Cinnamon team for the tireless work to have this platform ready. I am praying for the best as we go to present in Cape Town”

Cinnamons Club is currently operating in Uganda, Zambia, and Ethiopia.

On July 10-11, the 20 startups will be in Cape Town for the Startupbootcamp AfriTech 2019 Final Selection Days.

Officials say that during this period the startups will also meet over 2000 mentors and participate in “an intensive week allowing for networking, training, as well as pitching.

The mentors, who range from corporates, ecosystem partners and VC Funds will be from across the continent, the US, and EU amongst others.

After the competition, the ten best startups will then participate in the Cape Town-based accelerator program, which kicks off in August and culminates in a demo day in November.

Over the three-month period, the selected startups will have the opportunity to scale at speed and seal pilots and proofs-of-concept with the corporate sponsors of the program and others.

Officials told media that they received a number of incredible projects and they proved that there’s more talent in Africa.

“The startups that applied in 2019 were exceptionally impressive and are significantly later-stage, showing more market traction than applicants from previous years. What’s more, the talent originating out of different regions in the African continent is astounding,” said Motlhabane Koloi, legal and scouting manager for Startupbootcamp AfriTech, according to Disrupt Africa.

Zachariah George, Startupbootcamp AfriTech’s co-founder and chief investment officer, said several of the 2017 and 2018 alumni startup had gone on to establish strategic commercial partnerships with leading institutions both within Africa and globally, helping them significantly in raising capital.

“There are high expectations for the applicants of the 2019 cohort, and if the calibre of the startups at this stage is any indication, this year’s programme promises to be a great success for the African tech and innovation ecosystem,” he said

Easiest way to secure a quick loan with #NowNowLoans campaign from Stanbic Bank.

No more cheats: Here’s how to activate MTN Uganda new data packages with no expiry dates.