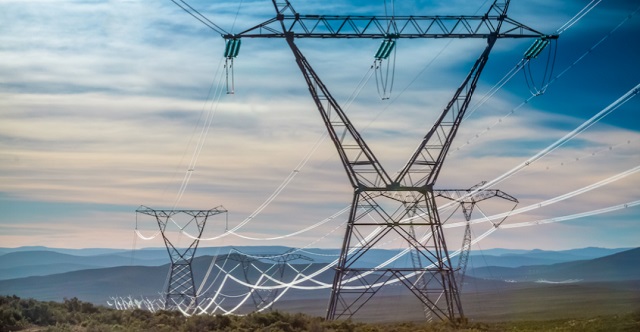 In too many countries, transmission and distribution remain the responsibility of badly managed state utilities. Gridworks CEO Simon Hodson explains to David Thomas how his organisation plans to invest to make the sector commercially sustainable

In the barren, rocky wasteland at the southern edge of Kenya’s remote Lake Turkana sit the whirring turbines of East Africa’s largest windfarm. Some 600 miles north of Nairobi, 365 windmills driven by the ceaseless gusts of the Turkana Wind Corridor supply the national grid with 310 MW of crucial renewable power.

Launched in 2019, the project is an encouraging sign that African nations are beginning to get to grips with the alarming scale of the continent’s power needs. Progress remains piecemeal – if African countries continue on their policy trajectories, 530m Africans will still lack electricity in 2030, according to the International Energy Agency. Bringing reliable electricity to all Africans requires annual investment of around $120bn, it argues.

From 1994 to 2018, private investment in African generation totalled some $19bn compared to just $3bn for transmission and distribution, according to the World Bank, which estimates that expanding the transmission network requires between $3.2bn and $4.3bn every year until 2040. In too many countries, transmission and distribution remain the responsibility of badly managed state utility companies who have neither the capital, expertise or political will to roll out systems capable of serving vast, dispersed populations.

Investing in transmission and distribution

In a bid to respond to the challenge, CDC, the UK’s development finance institution, has launched Gridworks, a development and investment platform principally targeting equity investments in transmission, distribution and off-grid electricity. Chief executive Simon Hodson says that the sector is only now getting the attention it deserves.

“You have a situation in many countries where you have an equilibrium or overcapacity of generation, and they can’t absorb the generation they’ve created. In many cases the generation is way in excess of the networks, and it’s because of decades of underinvestment. I think everyone’s known for decades that this is the real bottleneck, but it’s reached a tipping point, and it will get more and more severe in the coming years.”

Launched with an initial short- to medium-term ambition of investing some $300m, Gridworks plans to work with receptive governments and the private sector to boost the underserved transmission and distribution space.

“Capital flows into the transmission space in Africa today are zero – everywhere else across the planet has private sector capital flows into transmission. [In terms of] successful examples of private sector investment in distribution, there’s Umeme, KPLC, but not many. What we’re trying to do is akin to the independent power producers [IPPs] in the early 1990s – creating a market that doesn’t yet exist.”

Successful models in developing countries are not hard to come by. Private sector-led power transmission projects in Brazil, Chile, India, Peru and the Philippines received investment of $24.5bn between 1998 and 2015, resulting in some 100,000km of new transmission lines. But in Africa, progress has too often been held back by debt-laden national utilities staffed by political appointees liable to alter power tariffs to suit their electoral interests. For many private investors, the sums don’t add up.

“The reality is that it’s complicated and there’s lots of stakeholders. State-run utilities and distributors are often the oldest companies, they’re the biggest employers, and there are trade unions. Electricity tariffs in Africa are very political, politicians often use them as a tool in their toolbox for elections. It’s really not conducive to having a well-run electricity sector. The majority of Africa’s distribution companies don’t work because tariffs aren’t at the right level or the utilities are so badly funded and inefficient that it doesn’t matter what the tariffs are.”

Few examples are more instructive than Eskom, South Africa’s bloated state-owned utility, which racked up debts of around $30bn after decades of government mismanagement and corruption. It is no coincidence that President Cyril Ramaphosa’s controversial reform plan to overhaul the utility – which is vigorously opposed by trade unions – envisages splitting Eskom into separate divisions for generation, distribution and transmission.

Bold political vision and a genuine government roadmap to reform are a precursor to private engagement, says Hodson. Eskom may be an egregious offender – Hodson labels it “an amazing case study of how not to run a national utility in quite a spectacular fashion” – but Gridworks prefers to dwell on CDC’s successful engagement in Uganda.

Home to a decrepit distribution company with a poor health and safety record and technical and commercial losses of up to 50% as recently as the early 2000s, Uganda launched Umeme in 2005 in partnership with CDC’s power investor Globeleq, and for a short time, Eskom. The results have been encouraging, and a possible model for Gridworks’ future.

“Ultimately it turned a really poor performing distribution company into what you have today, which is the lowest losses on the continent, less than 15%, and a really excellent health and safety record. It’s listed on the Ugandan and Kenyan stock market and is in the portfolio of every East African pension fund. It’s been a real success story. But the sad thing is it hasn’t been replicated.”