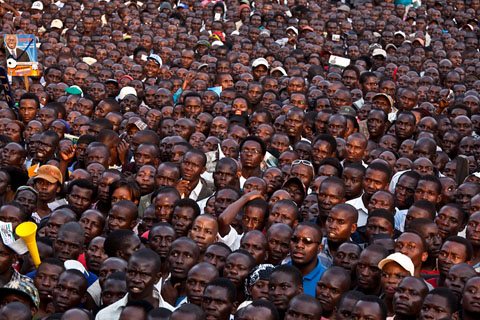 Taata Bula has been convinced by some of his people to contest for LC5 post. Since 2021 is not far, he has come up with campaign schedule and wants to start “consulting” his potential voters.

However, because of what has been happening with many political leaders who have gone for ‘consultations’, he fears that he may also be stopped or even arrested. Taata Bula says he does not want to sleep in any police cell because of his old bones so he may put his political dreams on hold.

WHAT SHOULD A POLITICAL ASPIRANT DO BEFORE CARRYING OUT ‘CONSULTATIONS’?

Under the law, an organizer of a public meeting must notify the police in writing of the intention to hold the meeting at least 3 days before the proposed date of the meeting. If anyone should fail to do this, then it is a criminal offence and anyone organizing this meeting may be arrested by the police.

In order to avoid this, your notice must tell police the following;

1. The full name, contact and physical address of the organizer of the proposed meeting

2. Where necessary indicate the consent of the owner of the venue of the proposed public meeting

4. The proposed site of the meeting

6. The purpose of the meeting

7. And any other relevant information such as whether you need police protection, traffic control and such.

When police receives this notice, its duty is to inform you if there is a reason why the meeting cannot be held at the venue or any other thing preventing the meeting from being held such as the date being unsuitable due to another public meeting taking place or crowd and traffic.

Thereafter the organizer or the agent shall be invited at police to identify an alternative and acceptable venue or date.

If no such notification is received from the police about the proposed meeting being impossible, it means the police is duly notified and have no issues with the proposed public meeting.

What do you think of this legal provision?