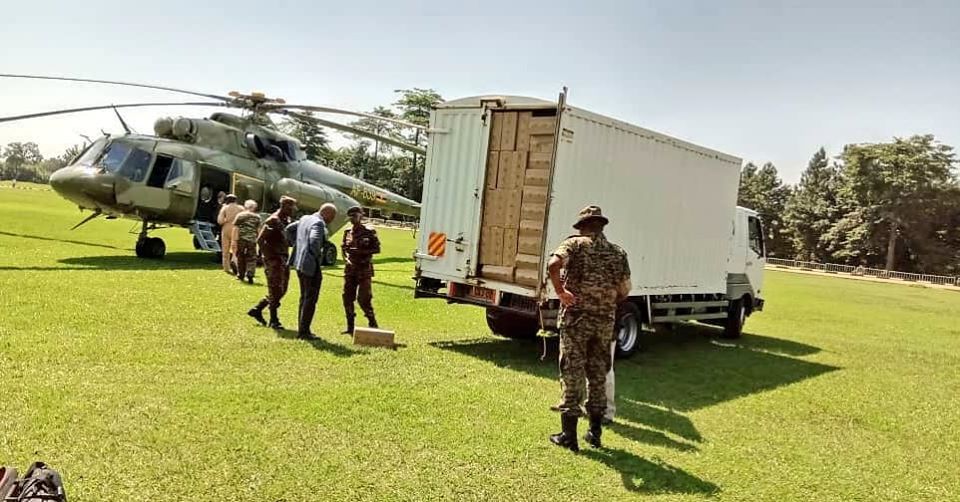 Elders in Karamoja are worried about the safety of their livestock following plans by government to spray desert locusts.

But the chemical is not only dangerous to the locusts, it also affects other insects like bees among others.

Silkworms, fish, livestock, birds, game, water birds and animals are also at risk when they get exposed to the chemical.

According to the instructions on the cover of the chemical, Cyper Lacer Cypermethrine has a number of effects to both animals, livestock and birds.

The chemical is hazardous to any unprotected persons within 48 hours of application.

It contaminates water bodies like ponds or streams and the minimum interval to be observed between last application for harvesting edible crops is two weeks while access of animals to sprayed areas is strictly one week.

The chemical is poisonous and can cause nervousness, anxiety, tremor, convulsion, skin allergies, sneezing, running nose and stiffness of the nose if one is exposed.

Simon Nangiro, an elder in Moroto says the community wasn’t sensitised on how to take precaution, something he notes will put their lives at stake.

He notes that with the moving communities, both human life and livestock will be at stake with the chemicals.

Daniel Toroitic, another elder in Katikekile Sub county is worried that the chemical might bring another disaster to Karamoja.

He notes that the local community could have provided better, workable solutions to government other than spraying the land.

Spraying of Desert Locusts was supposed to start in Katakwi district but it was halted when the insects fled, according to Silver Ongom, the District Production and Marketing Officer.

Walter Elakas, the Katakwi LC V Chairperson had indicated that the spraying was to commence in different villages of Nagariam and Palam sub counties where the locusts had been sighted.