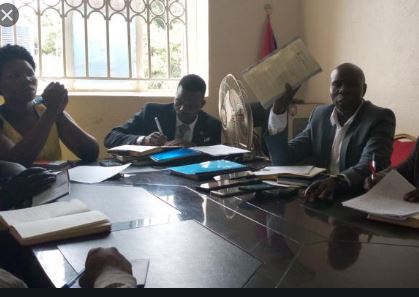 More than 700 victims of DunamisCoins Resources Ltd, a crypto currency scan in Arua have petitioned for the intervention of President, Yoweri Museveni to allow them access their money, which has been frozen in two banks.

Dunamiscoins ltd, which deals in bid coins, opened business in Arua town on September 1st 2019. However, it was by the Finance Intelligence Authority on December 3rd 2019 on suspicion that it was it was involved in fraudulent transactions.

By the time of its closure, Dunamiscoins West Nile Investment ltd has over 700 members with deposits worth over UGX 2.5 billion.

Following the closure of Dunamiscoins ltd and the remand of its directors to Luzira Prisons, depositors in W. Nile ran to court and secured orders to freeze its business accounts in Centenary Bank with UGX 10 Billion and Stanbic Bank with UGX 300 million without success.

Now, the victims are seeking the intervention of President Museveni to allow them recover their deposits, saying they stuck with their children at home because all their money is locked up in the bank.

Elias Edera, the Chairperson Victims of Dunamiscoins resources ltd who invested Shillings 68 million, says they are now desperate and need the Presidents intervention to recover their money.

Sunday Drapari, another victim, says despite the suffering they have endured, some of them are ready to get back to business once the company is cleared to resume business.

The victim’s counsel, Henry Odama, says although the Finance Intelligent Authority acted within the law, this time round they should have responded by allowing the victims to access their money frozen in the banks.

He says they will continue pursuing administrative measures with government to recover the money, saying once this fails they will file a suit in court.

According to the victims, several clients made 30-percent interest on any amount below UGX 2 million they invested while those who invested UGX 2 million and above earned 40-percent on their money after every 21 working days.

Before its closure, Dunamiscoins had set up branches in Natete Kampala, Mbale, Masaka and Arua among other areas.