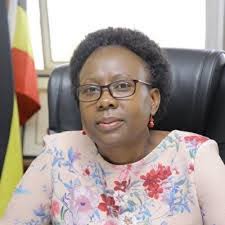 The Ministry of Health has come out to clarify that the COVID-19 negative test samples that were declared positive was an isolated error which doesn’t affect other tests that have so far been done.

Early this week, President Museveni revealed that there were some errors that were committed by scientists at Makerere University Laboratory who declared some samples positive yet they were negative.

While giving an update on the COVID-19 status in the country, the Ministry of Health Jane Ruth Acheng has noted that the discrepancy in the test results were as a result of errors that were made during the tests in Makerere University Laboratory.

“Errors in handling test samples is not unknown in laboratory management, that is why multiple tests are done and there is a provision for a second and third party to do confirmatory tests if need arises. Some of the factors that cause errors in laboratory results include; limitation of the test itself, processing errors, or errors leading to false results,” Acheng said while addressing the nation on Saturday.

Acheng said that between June 3rd and 4th, a batch of 50 samples from within Kampala area was analyzed in Makerere University Laboratory yielded results that were detected as positive and the results were communicated to the respective individuals and necessary measures were taken.

“As part of routine quality assurance procedure, some samples on this batch were sent to UVRI and tests were redone on the batch, when the batch was retested, some of the previously positive cases nine (9) in number were found to be negative and the individuals were informed accordingly,” Acheng said.

As such, the Ministry said that a number of measures have been put in place to avoid the reoccurrence of the same.

These measures include; intensified frequent quality control procedures, increase the number of personnel in the laboratory to match the work load, continuous training of laboratory staff, regular calibulation and maintenance of laboratory equipment and frequent validation of reagents.

“We would like to reassure the public that this was an isolated error and does not affect all other tests that have been conducted since quality assurance is an integral part of laboratory testing and the 9 cases have been discounted from our statistics to give a total number of 685,” Acheng noted.