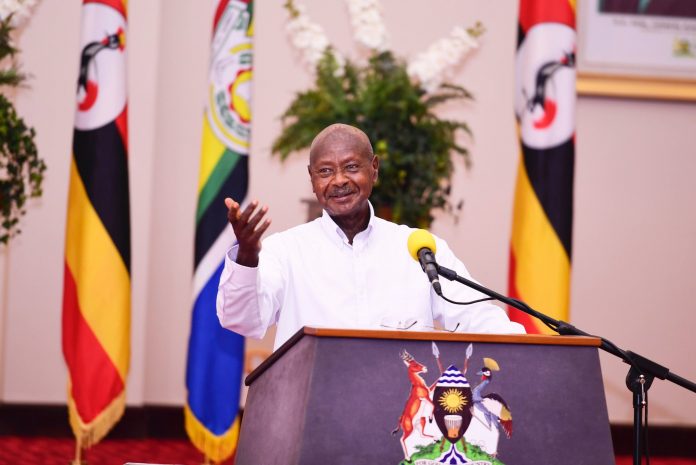 President Yoweri Kaguta Museveni has lashed out at the fired Uganda Revenue Authority (URA) top officials who he accused of running down the institution by engaging in corruption.

The President made the remarks while addressing the nation during the 2020/2021 national budget Speech, when he warned other corrupt public servants that he is coming to clean up their entities.

It should be remembered that President Museveni fired the former URA Commissioner General, Doris Akol in late March and replaced her with John Musinguzi.

The URA Board of Directors has since issued a statement indicating that the resignation wasnt forced, but the President has spoken out about the massive resignation indicating the officials were pushed out of the Tax body.

Uganda has got the lowest tax to GDP ratio, it is only 14.3 percent of GDP as tax, African countries go up to 18 and some up to 20, so what is the problem! European countries go up to 40 percent. There has been a lot of corruption in URA, that one I have cleaned as we shall clean some of the other places, wherever there is corruption, we shall get there and clean it up, Museveni said.

According to the Ministry of Finance, the next financial year’s revenue target is UGX 21,810 billion, comprised of tax revenue amounting to UGX 20,219 billion and non-tax revenue of UGX 1,591 billion. This target translates into a revenue effort of 14.3 percent of GDP.

To achieve the set target, the Ministry will implement the following new interventions: –