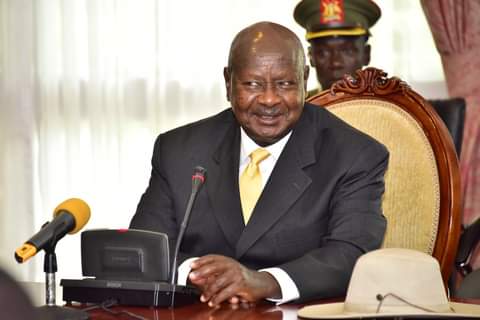 President Museveni has denied being a Rwandan by tribe as alleged by some social media users.

This was in his usual response to concerns and issues raised by Ugandans  especially the youth addressed to him through his social media platforms.

Below is his full response:

A follower identifying himself as Mwoyo Gwa Gwanga declares how he is not against Banyankore but only against Banyarwanda like myself.

He is also wondering whether Banyarwanda are an “Official” tribe of Uganda. First of all, I am not a Munyarwanda.

I am a Musiita and my mother is Mweene Rukaari and you can go to the beginning of creation, you will not find any Bunyarwandism in me.

However, it would not have mattered if I was a Munyarwanda.

The NRM talks of Africa, not just the small tribes or even just Uganda. We want the unity of East Africa, of Africa. Moreover, at a personal level, I have many Banyarwanda relatives by marriage. Yes, the Banyarwanda are one of the indigenous tribes of what became Uganda.

Why? Two reasons. One reason is that a part of Rwanda, Kisoro, was put in Uganda by the colonial borders. They are indigenous Ugandans and they are Kinyarwnada speakers (Kifumbira).