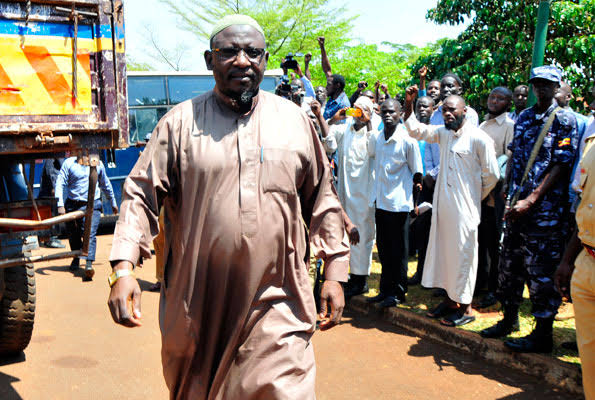 Three Justices of the Court of Appeal led by the Chief Justice Alfonse Owiny Dollo have set free the former Tabliq Sect leader, Amir Umar Mohammed Yunus Kamoga and 5 others who had been sentenced to life and 30 years imprisonment respectively in August 2017.

The Muslim clerics are now free men after the Court of Appeal overturned their conviction for lack of enogh evidence to incriminate them.

The six and others were convicted for verbal terrorism that allegedly led to the death of two Muslim Clerics Mustafa Bahiga and Hassan Kirya, and the attempted murder of Sheikh Haruna Jjemba.

Court ruled that the prosecution had not proved this case beyond reasonable doubt because acts of terrorism must have an ingredient of indiscriminateness which they have not found in this case.

The Justices also observed that none of the prosecution witnesses presented in the High court attended the meetings where the alleged convicts staged the crimes they were accused of and neither do the fliers that had the targeted names convey any message of murder or any intent of terrorism.

The court sentenced Sheikhs; Kamoga, Kawooya, Bukenya and Kalungi to life imprisonment while Kakande and Sekayanja were to spend thirty years in prison.

The group was part of 14 men accused of murdering Sheikh Mustafa Bahiga and Ibrahim Hassan Kirya and attempted murder of Sheikh Haruna Jjemba.

Court of Appeal Deputy Registrar Mary Babirye delivered the court ruling of behalf of their Lordships.