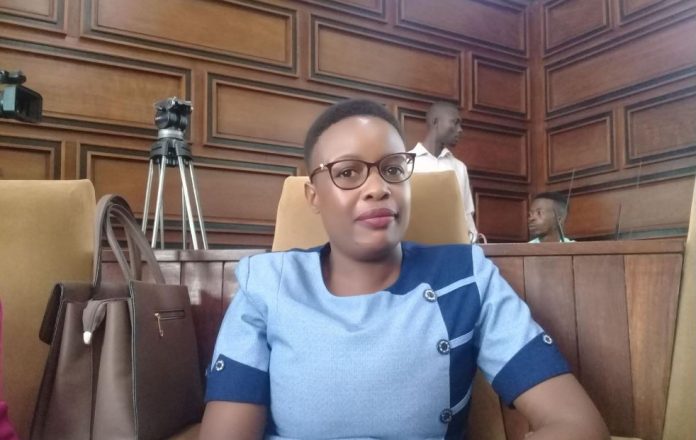 Bruhan Byaruhanga, the National Resistance Movement candidate has pulled out of the race for the pioneer Speaker of Kampala Capital City Authority.

The Kyambogo University councilor, who had earlier declared interest in the speaker’s seat, has instead been nominated for the position of Deputy Speaker.

In his speech, Byaruhanga said he would have loved to be speaker but decided to leave the position for opposition members because they are the majority, saying he wouldn’t love to see the house divided. Only three of the 32 councilors of the Authority belong to the ruling National Resistance Movement-NRM party.

Some members from Nyanjura and Kawalya’s team had earlier said  that they were seeking an alliance with Byaruhanga who also confirmed the move, saying he had been approached by some councilors.

Nyanjura was nominated by the Deputy Lord Mayor; Sarah Kanyike. In her campaign, she promised to treat councilors equally and respect the freedom to expression once elected speaker. She promised constant engagement with the councilor to ensure that they can discuss issues affecting their voters.

In his campaigns, Muhammad Segirinya promised to fight for the rights of councilors and people of Kampala. Segirinya said he will ensure the powers of council are recognised and their decision respected and implemented.

Abubakar Kawalya also told the councilors that he is committed to work together with all councilors to advance the council agenda, adding that he stands for the urban poor.

The election is being presided over by the Buganda Road Chief Magistrate, Miriam Ayo Akello

The position of KCCA Speaker and Deputy Speaker were introduced by the KCCA amendment Act 2019 that was assented to by the president in November 2019.