The Senior Presidential Advisor on Diaspora Affairs, Amb. Abbey Walusimbi has called upon Uganda Revenue Authority (URA) to come up with packages that offer tax incentives to Diasporas.

This he noted while officiating at a meeting held at URA attended by officials from the Ministry of Foreign Affairs, Ministry of Gender, Post Bank Uganda, Office of the President and URA.

Amb. Walusimbi noted that if diasporas receive better tax packages, this will motivate them to return home and utilize such a business investment environment.

Walusimbi noted that his office has thus commenced meetings with different agencies and ministry departments to come up with policies that would create a favorable environment for diasporas to invest home.

These meetings that commenced on Monday follow a directive by President Museveni to Amb. Walusimbi to coordinate and build coalition between different agencies, ministries and departments that deal with diasporas in the country with a view of formulating a discussion paper to Cabinet in two months time.

During the meeting, Amb. Walusimbi noted that such meetings will help to strengthen a one joint coalition system directed to achieve one common vision of creating a conducive environment for the diasporas.

“The President does not want isolated offices and leaders swimming with different objectives. This has limited our capacity to tackle challenges that our people in the diaspora face,” Walusimbi said.

The Ambassador said that the diaspora is an important part of the Ugandan population and anything that can ease for them their attachments to Mother Uganda needs to be handled with care.

“This is why the President sought to bring all our stakeholders under one roof as a move to forge a workable way forward towards helping our people.You are aware that because some of them have been frustrated by our poor service delivery, they have turned to the opposition and have become a threat to our Government,” Walusimbi said.

Walusimbi highlighted that according to the World Bank 2018 report on migration and remittances, Ugandans from the Diaspora globally remitted US$ 1.4 billion in 2017 with a decline to US$ 1.3 billion in 2018, something that  can be avoid if different agencies and departments worked together to create a favorable environment for diasporas.

“We should keep in mind that our Diaspora continue to contribute to the development of our country through Foreign Direct Investments, remittances, promotion of trade, public diplomacy and culture, technology and skills transfer, philanthropic activities, peace building, education investment, health support and national reconciliation activities,” Walusimbi said. 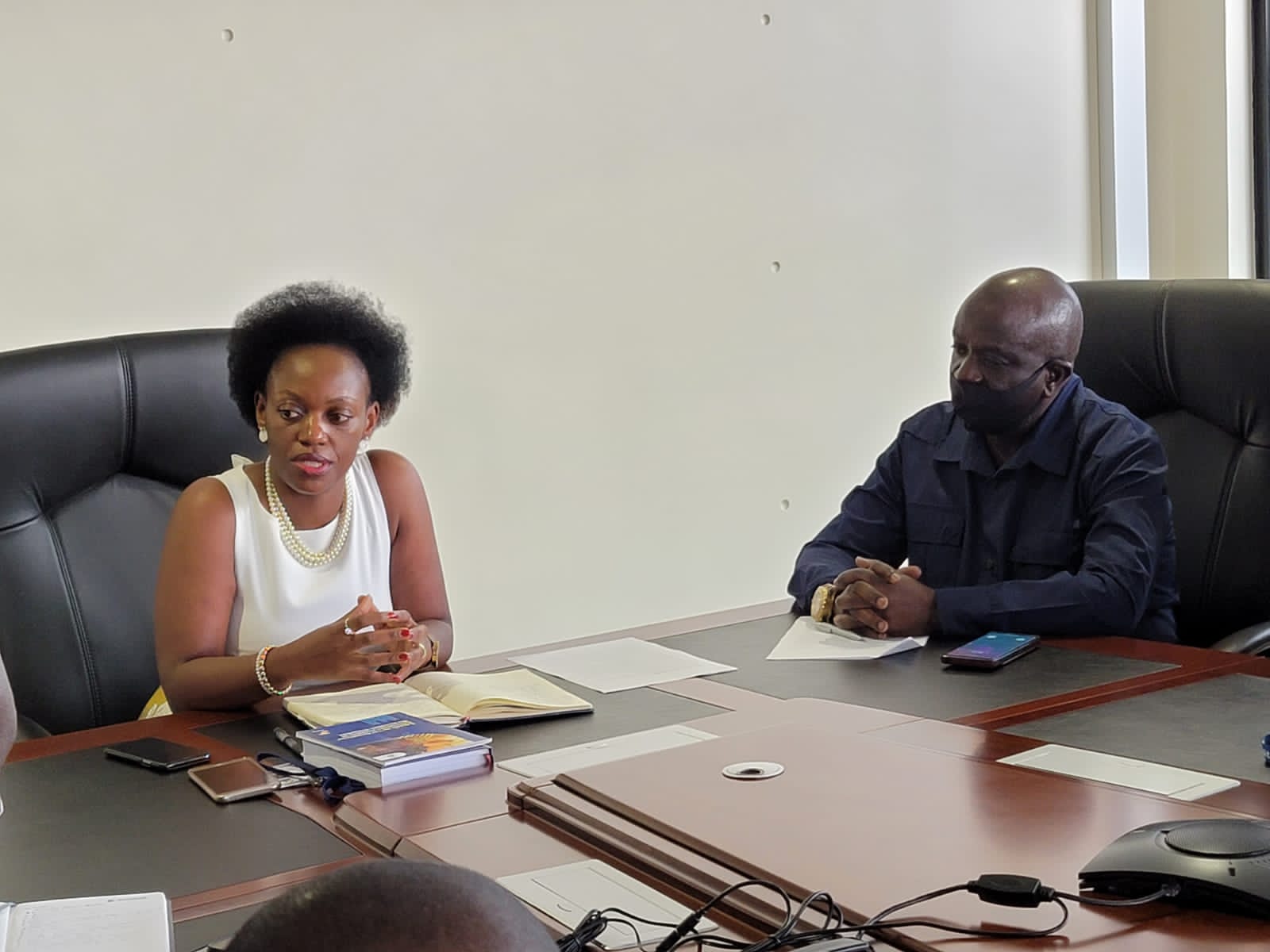 He thus requested URA to popularize the available tax incentives to diasporas as a well tailored campaign that would entice them to return and invest in their motherland.

“My specialized team and I are committed to working with each of you, so that we transform Uganda through tapping the opportunities abroad. Our target is to increase on the impact of the Diaspora to our GDP by 39% in 2021-2022 from 15%” Walusimbi noted.

During the meeting, the Ag. Commissioner General, URA, Patience Tumusiime commitment the authority to closely work with the Senior Presidential Advisor on Diaspora Affairs to address the tax challenges faced by the diasporas.

“As URA, we are very interested in understanding what challenges are faced by the diasporas and find out how we can tailor our services to make sure that we are providing a conducive environment that will attract them to come and invest home,” Tumusiime said.

She noted that there is a misconception that URA favors foreign investors as opposed to domestic investors in terms of offering tax incentives.

“The truth is that we have provided a lot of incentives to local investors including our diasporas. For example whereas a foreign investor is required to a minimum investment capital of USD50m to be exempted from Income tax for  a period of 10years, a local investor only requires a minimum capital of USD10m,” Tumusiime said.

She however admitted that more needs to be done to educate Ugandans on the available tax incentives hence the need to work hand in hand with the President’s office and other stake holders.

The subsequent meetings shall see officials from the Uganda Investment Authority (UIA), Uganda Tourism Board (UTB), NIRA, Ministry of Internal Affairs, Diaspora Desk at Parliament, NSSF and Bank of Uganda in attendance.