East African Partners (EAP) a company that market the region as a viable investment destination has once again ushered into the country a delegation of American Investors who are ready to take up investment in the health sector.

The American delegation is led by Lisa Stark Hughes a reknown investor in the health sector as well as her business partner, Robert Gayman.

The EAP Managing Director, Isaac Kigozi has revealed that the delegation of American investors is in the country to undertake medical tourism and will be visiting a number of government agencies and medical facilities in the country.

Kigozi who is also an advocate of Uganda’s tourism sector noted that the delegation was led to the Kagulu Rock climbing challenge to treat them to a feel of Uganda’s rich tourism sites and will be visiting other sites in the country. 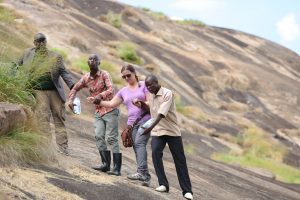 “We have now come up with a tourism garden as an initiative to encourage more tourists visiting and climbing the rock. It is designed in a way that when visitors come around, they climb the mount, come down eat, dance with the natives and thereafter go and plant a crop of their choice in the garden,” Namutamba said.

Namutamba said that the initiative has started with visitors from USA and whoever comes to climb, will be given an opportunity to plant a crop in the garden which shall be named after him or her.

“This will be an attachment and will always attract someone to come back into the country to eat of the harvest. The visitors shall participate in planting crops such as Matooke, Sweet potatoes, Cassava and Maize,” Namutamba said. 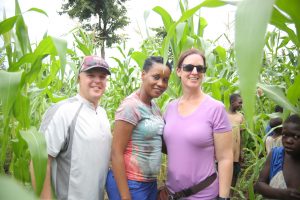 The Minister noted that climbing the rock is healthy, adventurous, a life changer and spiritually nourishes and changes one’s mind,

“When you come and climb the rock, you are risk taking and when you conquer the risk then that means you have conquered the challenge, it’s part of a game changer in life,” Namutamba said.

Speaking about the climbing challenge, the head of the American delegation Lisa Stark Hughes said that it is absolutely amazing to know that the people start climbing Kagulu rock and get to learn about their heritage, how their race started and get more connected to their land, culture.

“I feel honored to be part of the rock climbing challenge, to be so welcomed, it was amazing to be able to go and pray in the cave; it’s a wonderful experience and the challenge of climbing the rock is very acceptable in life,” Lisa said.

She noted that, the experience teaches people that they can accomplish anything in life no matter the struggle adding that it is very touching to be welcomed by people who are so hospitable.

“I feel so blessed to be part of an initiative by the Kingdom to allow me plant a crop at the Kagulu rock garden; I look forward to coming back to be able to harvest the plantation, prepare and eat them,” Lisa said.

Robert Gayman who is also part of the delegation appreciated the wonderful experience that he has acquired by taking on the Kagulu Rock challenge which is a life time changer.

“I am so humbled that I have been able to receive an invitation from the President which has given me an opportunity to experience the beauty of this land an experience that I have never had in all my life time,” Robert said.

Speaking about the challenge, Robert said that, “The challenge was tough but life is also tough, no matter how we look at things, we are going to be tested, we shall always face obstacles which we must overcome.”

The American delegation was ushered into the country by the East African Partners (EAP)a company that markets and promotes East Africa as a viable investment destination.